Object of the Week – A Renaissance Putto Playing the Flute 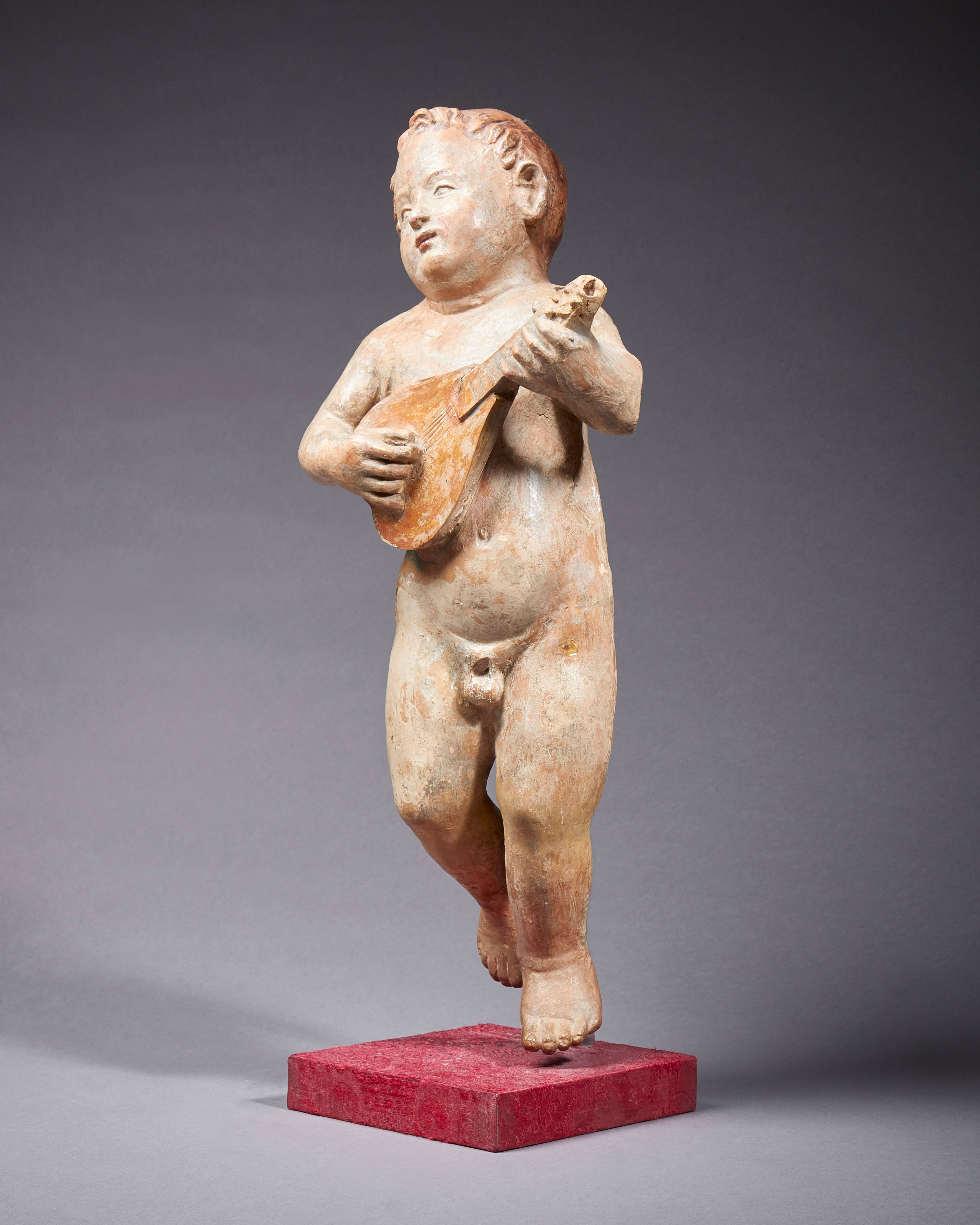 A Renaissance Putto Playing the Flute

This painted terracotta figure of a naked boy or putto playing a lute is typical of Florentine Renaissance sculpture in both subject matter and material. The contraposto stance of the present figure is characteristic of Florentine sculptors’ attention to classical form, based on the study of antique statuary.

The figure probably belonged to a larger sculptural ensemble or architectural monument, evinced by the holes on the reverse, which possibly acted as struts for placement, or where wings were inserted. Furthermore, the figure is largely unfinished at the back and top of the head, suggesting that it was intended to be seen from below, placed atop a sculptural monument; such positioning of similar figures is fairly common in Florentine works of the period, including Andrea della Robbia’s Ciborio for the Sacred Host (c.1490-95).

The figure is comparable in both subject and date to Giovanni della Robbia’s figure of a putto playing a lute in his altarpiece of the Sant’ Anna presenta l’Immacolata (c.1517) in the convent of San Lucchese a Poggibonsi. Giovanni’s figure plays a very similar type of lute, as well as having the same fleshy anatomical modelling. Other figures of putti playing musical instruments are relatively common in works attributed to Giovanni and his workshop.

Object of the Week – John Roddam Spencer Stanhope, ‘The Pine Woods at Viareggio’ 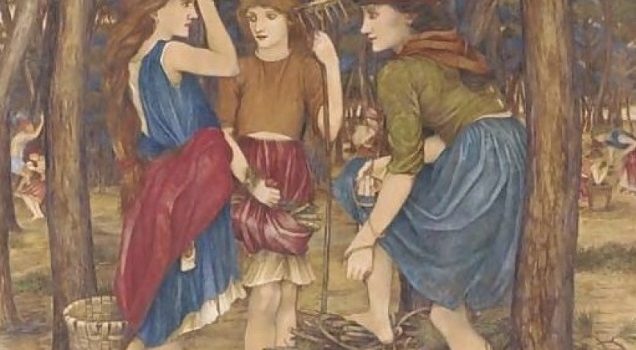 Object of the Week – ‘Wet Sands’ by Tony Forrest 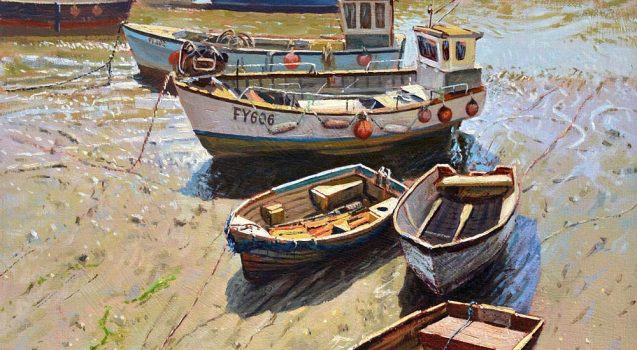