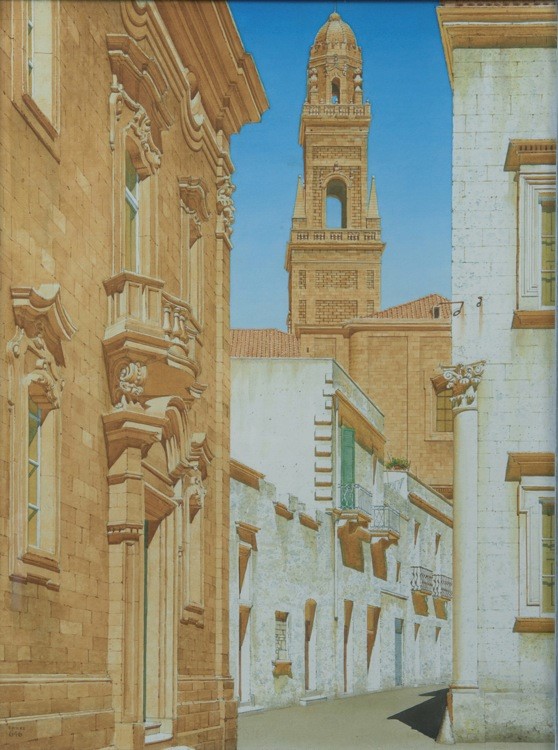 Robert Louis Banks (1911-2000) was born in Cheltenham, Gloucestershire. He initially qualified as an architect and worked as a town planner until the 1950s when he decided to concentrate on painting. He exhibited at the Trafford Gallery and Alwin Gallery and lived in London. He was a fellow of the Royal Institute of British Architects.

The bell tower of Lecce’s cathedral was constructed in 1661-62 by Lecce architect Giuseppe Zimbalo at the request of Bishop Luigi Pappacoda. It was built to replace the previous Norman bell tower, which crumbled at the beginning of the 17th century. It has a square shape and is made up of five tapered levels, the last of which is surmounted by an octagonal majolica dome, on which there is an iron statue of Sant’Oronzo. The top four floors have a single window on each side, and each has a balustrade going completely around its perimeter. Engraved on plaques located over the mullioned windows are Latin inscriptions taken from the writing of Giovanni Lecce Camillo Palma. At a height of 72 meters, the bell tower offers views of the Adriatic Sea, and on clear days even the mountains of Albania are visible. It leans slightly due to a partly sunken foundation. Because of the rich Baroque architecture of the city, Lecce is often referred to as “The Florence of the South”.

Sarah Colegrave will be exhibiting at the Works on Paper Fair.

Object of the Week – Tobacconists’ Figure of a Highlander 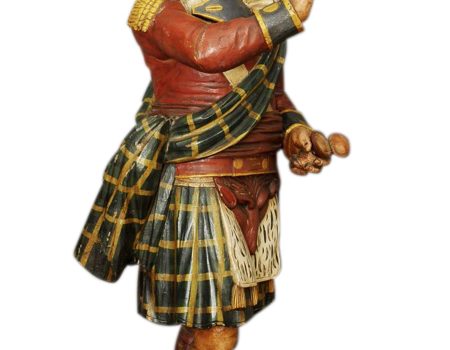 Object of the Week – A Lamp Base by Marcello Fantoni 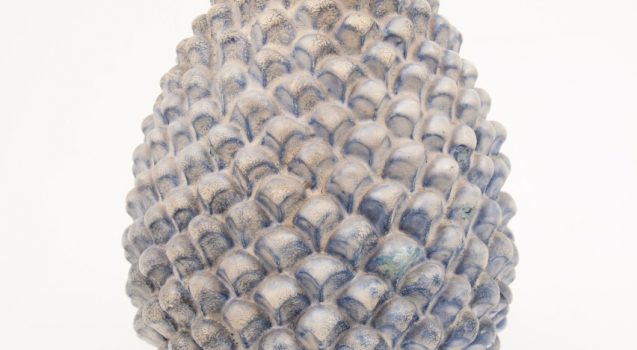