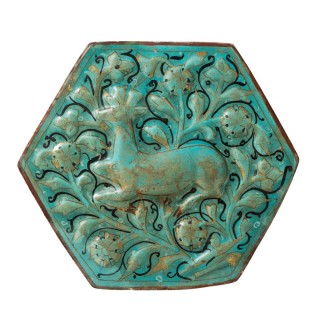 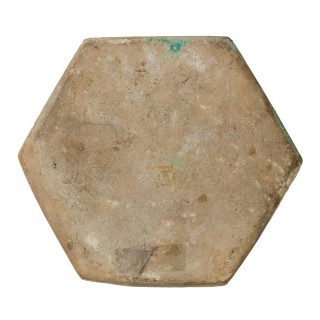 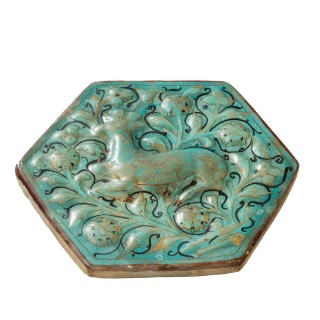 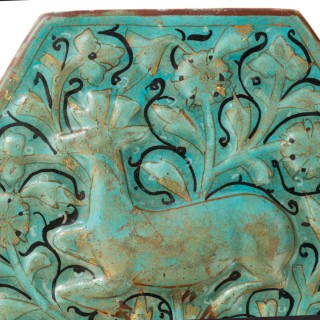 Footnote: Ladjvardina ware is associated with the Mongol Il-Khanid dynasty in Persia from 1256-1353. The initial devastation wrought by the conquerors halted artistic production but the control of most of Asia by the Mongols (the so-called Pax Mongolica) created an environment of tremendous cultural exchange and the decorative arts; textiles, pottery, metalwork, jewellery and manuscript illumination flourished once again. There are few surviving examples outside museum collections and this one is especially rare because it depicts an animal rather than foliage or abstract motifs. It was previously sold at Sotheby’s, London.