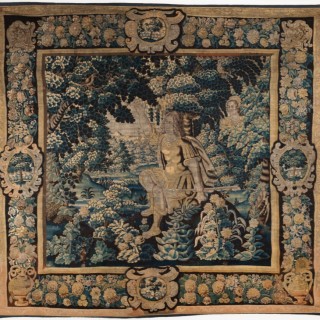 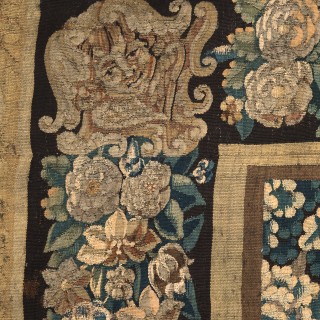 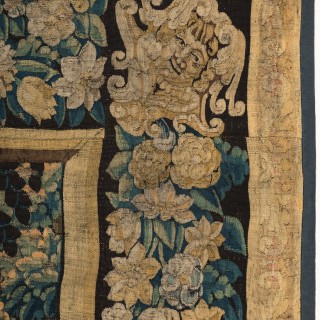 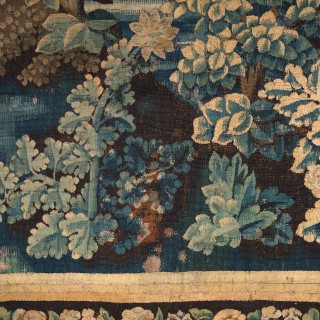 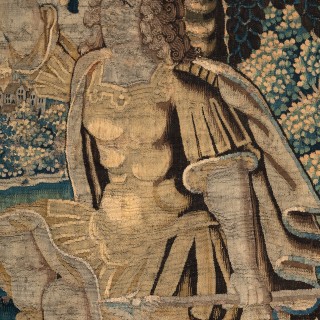 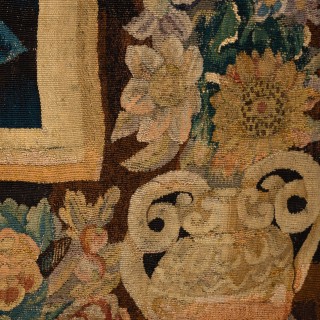 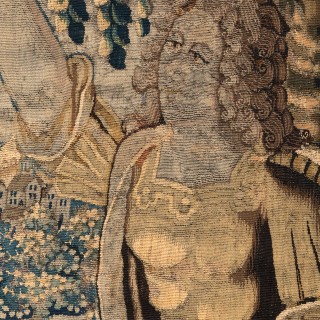 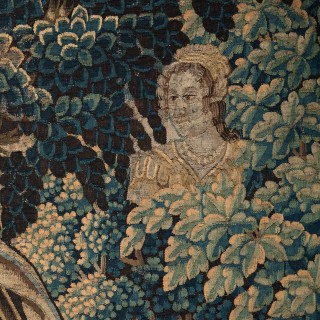 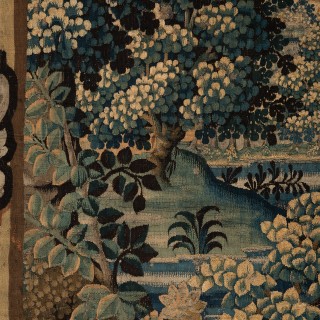 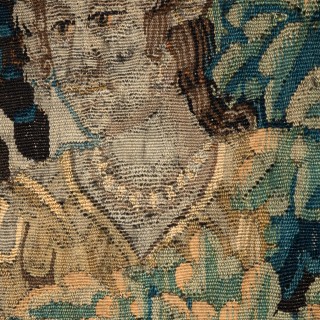 LATE 17TH CENTURY FLEMISH MYTHOLOGICAL TAPESTRY
‘CEPHALUS AND PROCRIS’
17th century tapestry depicting Cephalus and Procris as told in book seven of Ovid’s Metamorphosis. Cephalus is pictured in the centre of the tapestry dressed in hunting costume and holding an arrow. He is seated in a thickly wooded landscape with a town in the distance. Procris his wife is visible in the right hand corner peeping out from some trees. The whole tapestry surrounded by a richly decorated border with flowers and fruits, masks to the top corners and urns to the bottom. In the centre of each side of the border is a medallion picturing a single tree. The colours predominantly dark green and blue with yellow ochre.
Woven in wool and silk. Fully backed in linen and in good condition. Flanders c. 1670.

Aurora, goddess of dawn, fell in love with the mortal huntsman Cephalus and tried to seduce him. He thought only of his wife Procris, however, and rejected her. Procris fearing that Cephalus had been unfaithful, hid in the woods to spy on him while he was hunting. Mistaking the noise she made for that of a wild animal, Cephalus threw his spear and killed her. 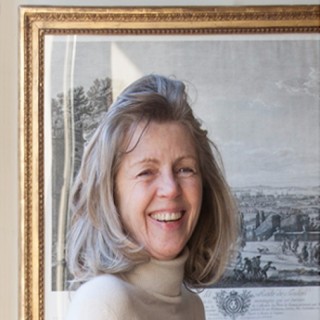