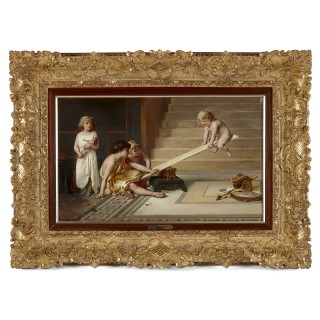 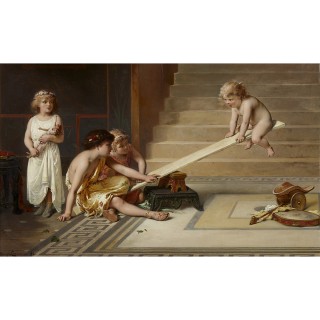 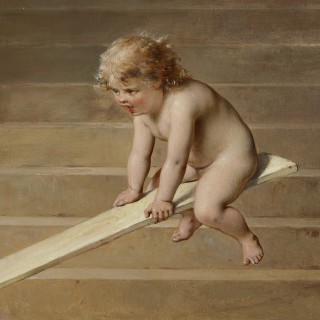 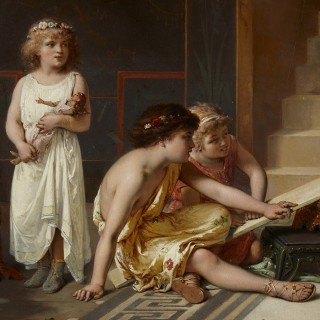 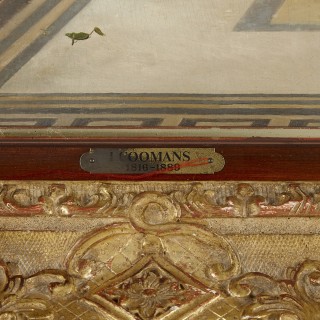 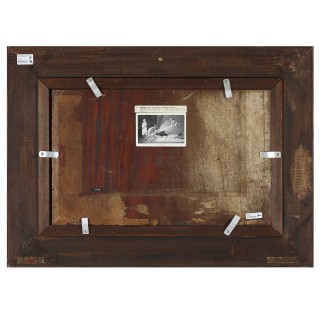 This charming painting depicts four children playing with a seesaw in the setting of a classical palatial environment. Two of the older children dressed in Roman robes hold the makeshift seesaw, made from some stools and a plank of wood, while the youngest of the children sits naked on the risen plank. Another robed child carrying a doll looks on, while on the floor there are further scattered toys and the young child’s discarded clothing. They sit on a distinctly classicising tiled flooring, with a large stone staircase in the background.

The present work is held in a beautifully ornate giltwood frame with wooden mount and artist nameplate. It is signed ‘Joseph Coomans 1880’ to the lower left, for the important Belgian artist. Coomans was a celebrated Academic painter of history, genre and landscape works, often of classicising subjects and settings. Works such as this were inspired by his travels to Italy with his wife, where he visited Roman sites such as the ruins of Pompeii. As such, his works are so often historically and archaeologically accurate depictions of life in Ancient Rome.