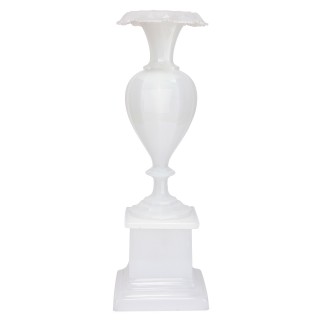 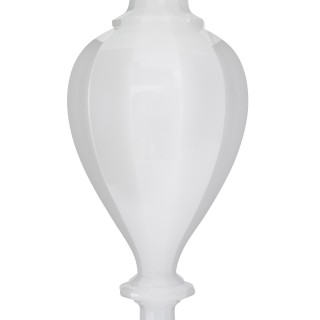 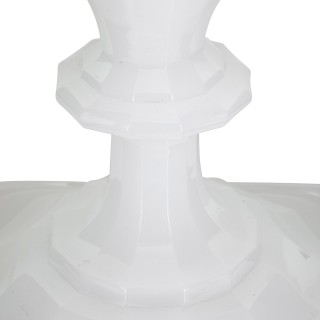 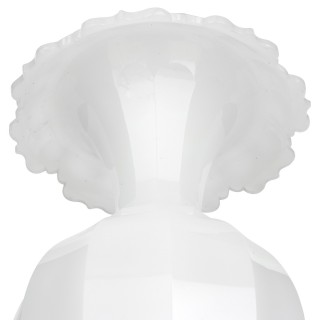 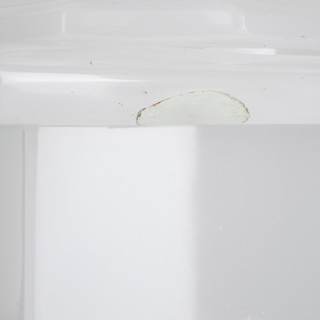 This piece takes the form of a baluster-form vase on a square plinth. It has a long, slender neck with a wide flared rim which has been carefully crafted to resemble flower petals.

Condition: the vase has a small section which has been restored just under the lip of the pedestal of about 2cm in width.