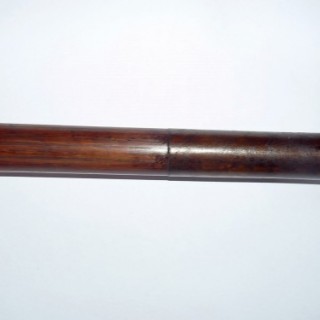 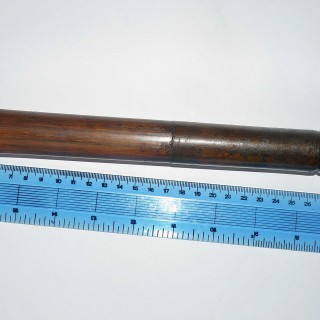 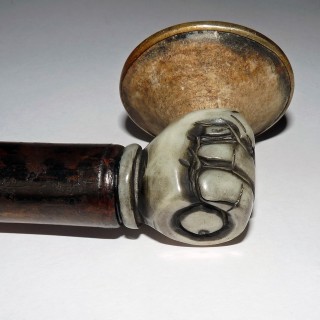 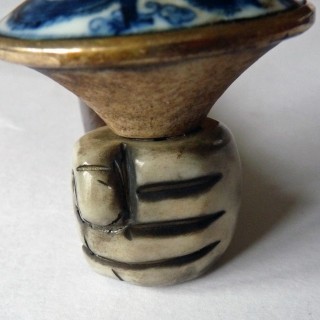 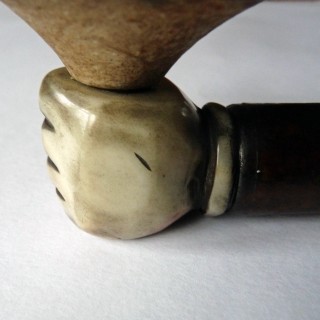 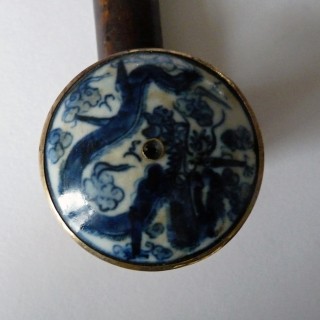 Chinese mid 19th century opium pipe with Jade mouth piece
The pipe is made from stained wood possibly bamboo with a jade mouth piece and a ceramic bowl (damper) at the end.
the Pipe has the bowl at the end of the pipe above a clenched fist. These pipes are usually shorter than the more conventional ones wit the bowl coming from the ‘saddle’ two thirds of the way along.
The fist and pipe was meant to resemble the arm of the Tang Dynasty general Li Yuanba, who was also the son of the founder of the Tang Dynasty.
It is said that the General wielded a melon shaped hammer and was invincible in battle with the hammer. But he died because of an argument with his brother when Li Yuanba became so angry he threw the hammer into the air and it landed on his head and killed him.
The damper is blue and white porcelain and painted to the top with a dragon in clouds. Smoking opium was often referred to as riding the dragon.