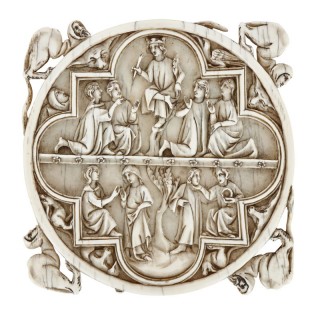 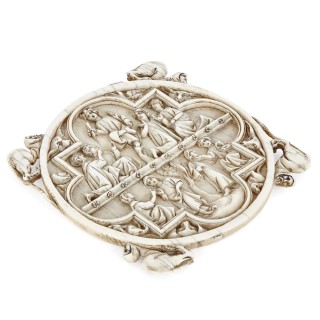 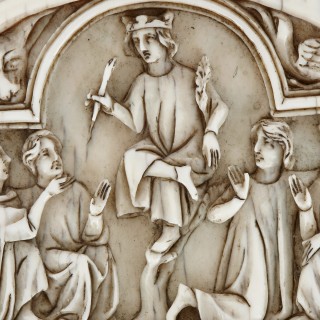 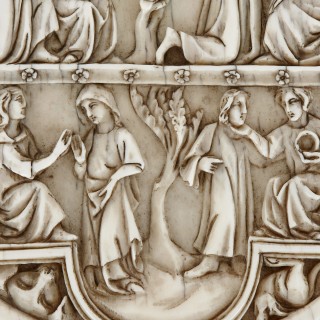 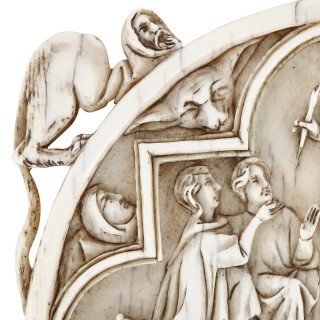 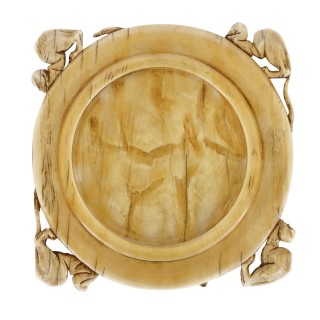 This wonderful ivory mirror case was created in France in the 19th Century, well over 100 years ago. The piece is finely carved on one side in a Gothic Revival style, inspired by the art of the 14th-Century.

The mirror case is carved with two figural scenes, placed one on top of the other, within a barbed quatrefoil profile. Carvings of humans, animals and grotesque creatures occupy the space between the quatrefoil and the circular frame. The outer side of the frame is decorated with four crawling figures with the heads of men and bodies of beasts.

The carving in the upper section of the case depicts a king (possibly Biblical or real medieval) perched on a tree stump, with four male figures knelt before him. The lower scene shows two pairs of figures with a tree between them. This bottom carving may depict some aspect of courtly love, as this was a popular subject for mirror cases. Ivory mirror cases tended to be given to aristocratic women as expensive wedding gifts, and they were prized possessions within a lady’s toilette.