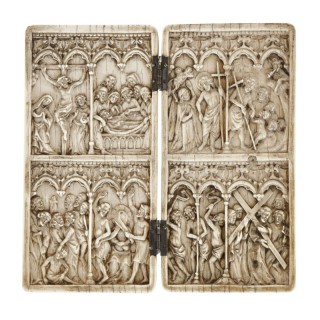 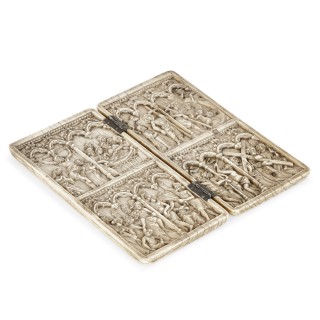 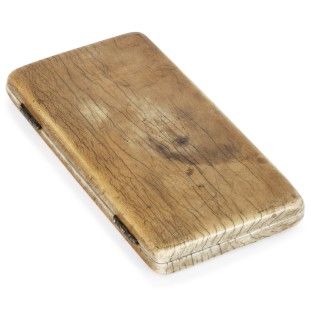 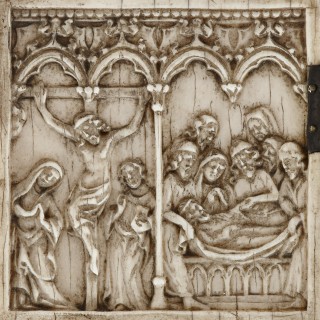 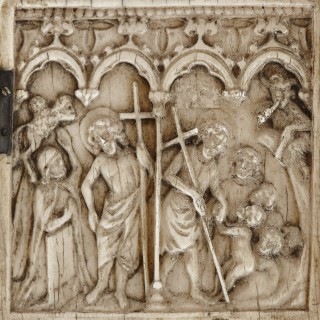 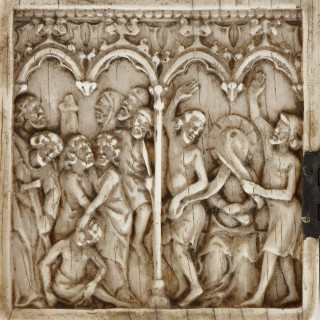 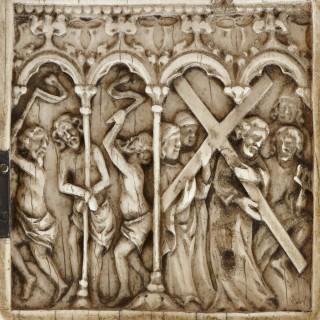 This beautiful carved ivory diptych (two panels) was created in France in the 19th Century, over 100 year ago. It is designed in the style of sculptural works made in France in the medieval period, specifically in the 14th Century. In the Middle Ages, painted or carved diptychs were used by members of the Christian Church for private devotional purposes.

This piece is composed of two panels which are connected by metal hinges. The panels are intricately carved with scenes from Christ’s Passion, as written in the New Testament of the Bible. The panel portrays various moments in the final part of Christ’s life, from the Kiss of Judas to the Harrowing of Hell. These scenes take place beneath Gothic trefoil-profiled arcades and are separated from one another by columns.