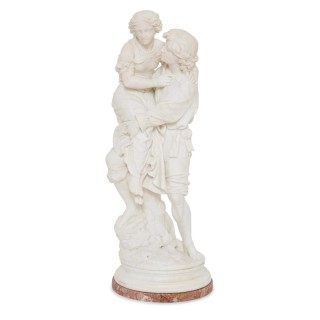 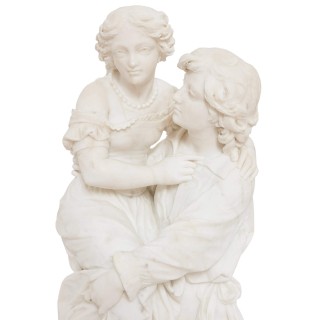 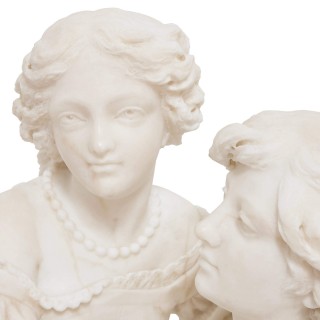 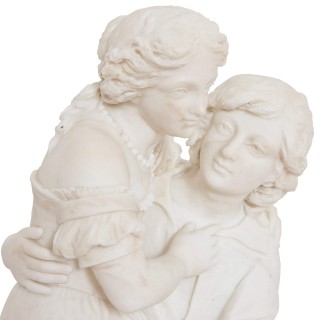 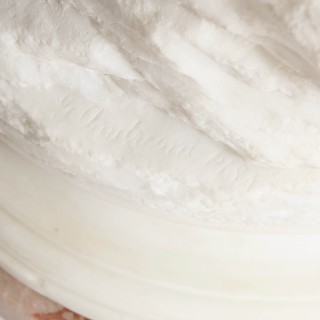 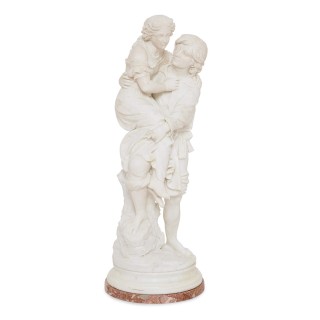 19th Century marble group of a man and a woman

This 19th Century marble sculpture demonstrates an almost virtuosic command of detail and expressiveness. It was made in Italy in the 19th Century, by the sculptor G. Anderson, about whom little is known, and is a sculpture of two lovers sitting outside on a tree stump.

The figures are depicted as a a lady sitting on a man’s leg, who is in turn shown supporting himself on a tree stump, which emerges from the naturalistic circular shaped base. The facial expressions of the two figures appear relaxed, a fact also suggested by their bare feet.

The group’s base is signed ‘G. Anderson’ and is set on a circular red marble base.

19th Century marble group of a man and a woman