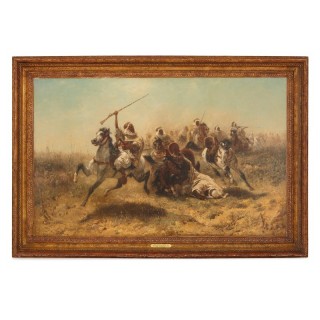 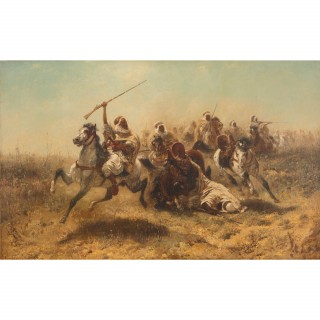 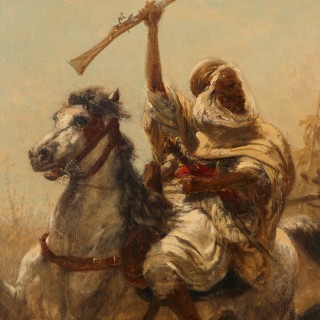 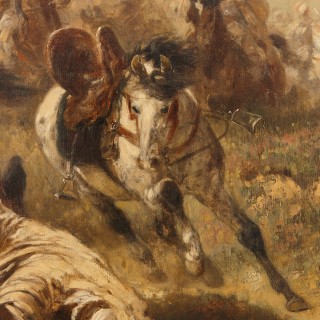 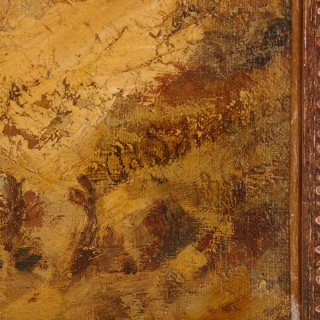 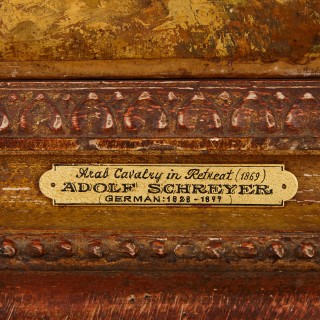 Heat, tension and energy are physically palpable in this dramatic desert horseback scene by German painter Adolf Schreyer. Known for his Orientalist works, Schreyer lived with Bedouin tribes during the turbulent 1860’s in Algeria, which inspired many of his paintings – including this one. His time as an ‘artist-reporter’ during this period helped him to develop his distinctive style, which ensured his popularity among American and European collectors in the late 19th Century.

This painting dates from 1869, in the tentative period prior to the 1871 Algerian Revolt against the French military, who were occupying the area. The composition depicts Algerian cavalrymen brandishing weapons as they ride across the hot, dry landscape, churning up the dust and sand in their furore.

The painting is housed in a carved and beaded giltwood frame, which bears a plaque to the lower centre reading ‘Arab Cavalry in Retreat (1869), Adolf Schreyer, (German: 1828-1899)’.
The painting itself is signed ‘Ad. Schreyer / 1869’ to the lower right of the canvas.