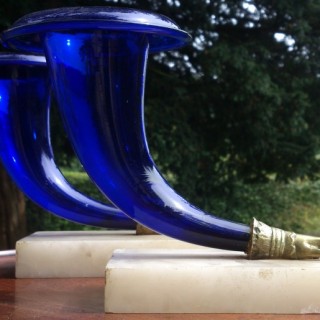 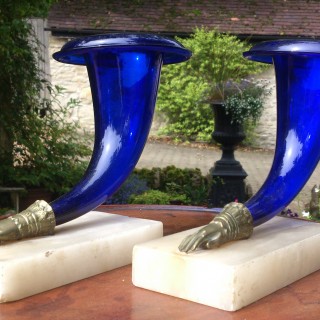 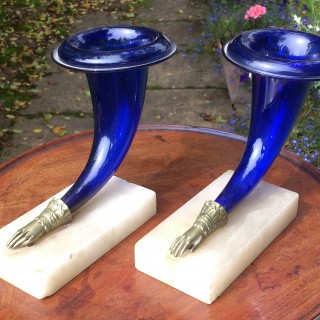 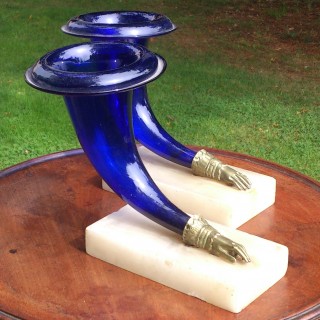 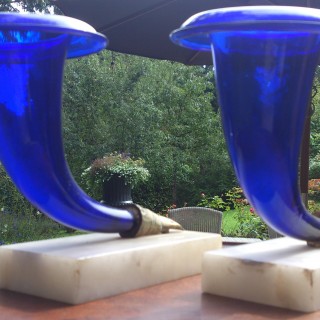 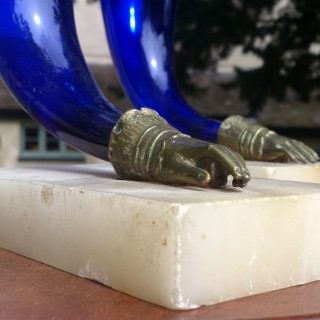 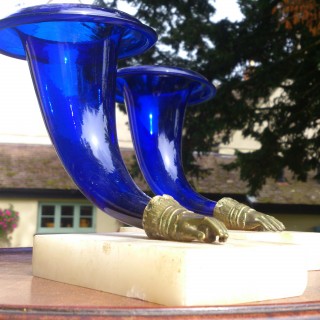 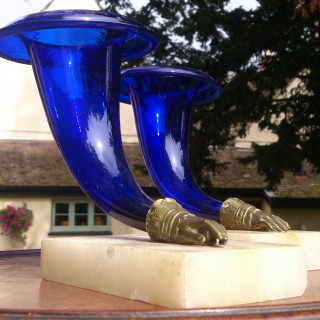 Very fine pair of cornucopia with brass or bronze hands wearing gauntlets, the glass a glorious deep colour often referred to as Bristol blue. The cornucopia was a Greek and Roman symbol of abundance and nourishment as it was thought that the horn of Amalthea, broken off by the baby Zeus, then provided him with never ending nourishment. Interest in classical form, classical architecture and literature had already been very important to Europeans for several hundred years since the Renaissance period which started in Italy in the fifteen hundreds. The Palladian architecture of the sixteenth century spread north and Roman and Greek classical form was probably the most important influence on architectural design ever since. However, it was not until the discoveries of Pompeii and Herculaneum that more was known about the chattels or decorative arts to be found in the homes of wealthy Romans. From the mid 18th century onwards classical artifacts were reproduced which showed much more of the lively classical details which typified the Regency period, whereas the architectural elements of the Georgian period were much more restrained, although they follow the same rules of proportion and symmetry.