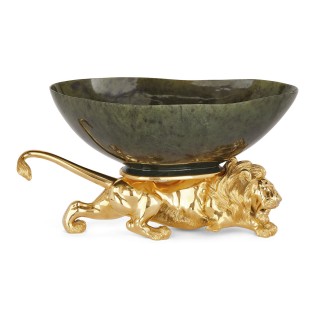 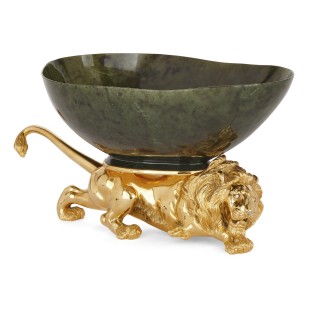 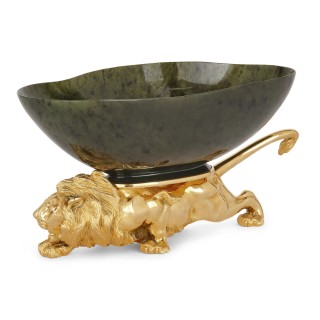 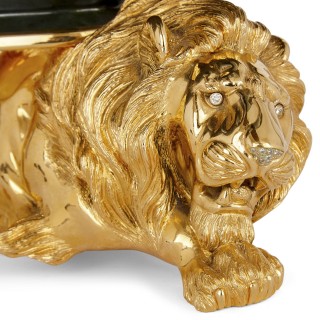 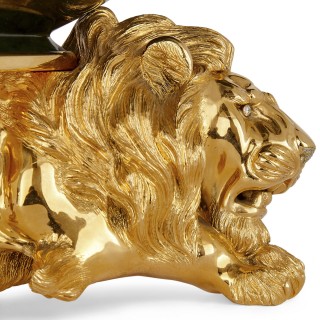 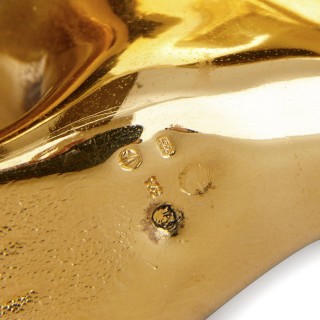 Beautifully crafted from nephrite, sterling silver-gilt, and white diamonds, this 1970s centrepiece bowl is unusually designed. The shaped nephrite bowl is supported on the back of a finely crafted silver-gilt crouching lion, his eyes and nose made from diamonds. His paws form the feet of the bowl, and his tail curls around the back of the bowl.

The silver is hallmarked to denote its purity, origins and maker.