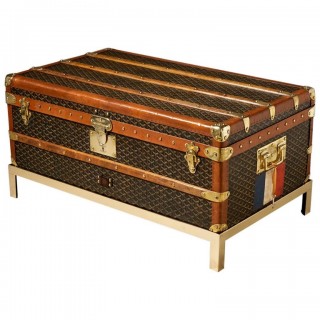 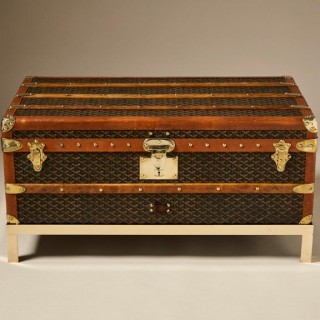 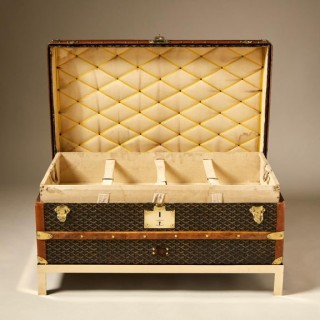 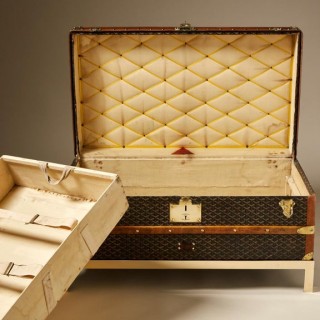 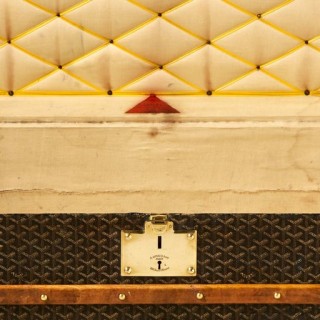 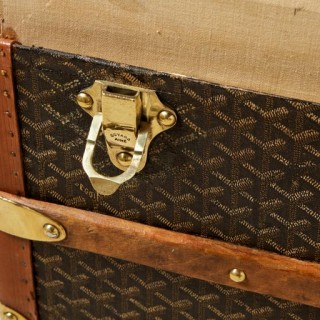 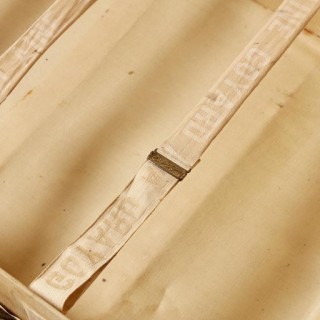 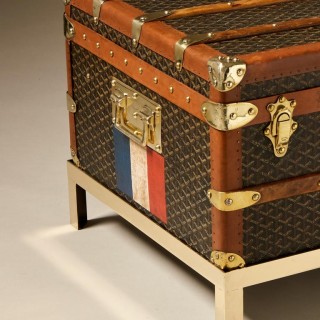 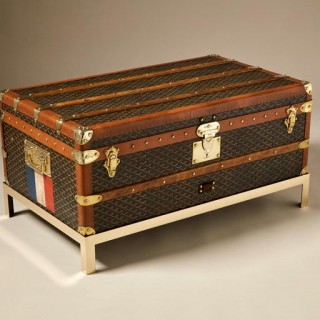 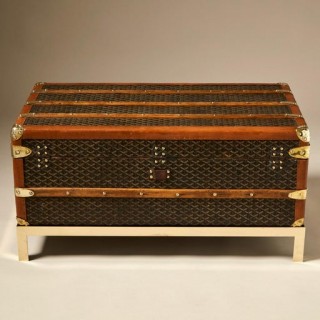 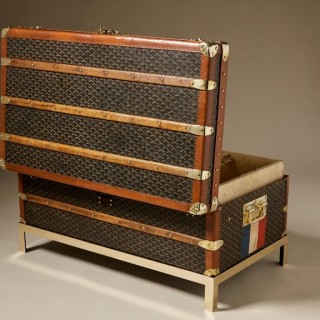 This is a beautiful piece of luggage made by the luxury brand Goyard. The piece is in very good condition both on the exterior & interior. All the brass fittings are marked with the makers name the chevron canvas itself is in good original condition.
The interior does show some signs of wear with some light water marks on interior walls & on the tray the retaining straps are all marked Goyard.
There has been a small amount of restoration to the piece, refurbishment by F Best & Co, as seen on the red label within the interior of the trunk. F Best & Co are known as Trunk and portmanteau makers.
The trunk is supported on a later customised brass stand.

A French trunk and leather goods maker. Established in 1853 in Paris. François Goyard (1828–1890) made box making, packing and trunk making the family’s trade when he purchased Maison Morel, successor to Maison Martin. Edmond Goyard (1860–1937) expanded his business from 1885 to 1937. Robert Goyard (1893–1979) was the face of the brand during the booming post-war years. François Goyard played a significant role in further increasing the firm’s growth with his daughter Isabelle Goyard (1959-). Jean-Michel Signoles bought Goyard in 1998, and turned the privately owned company into an internationally renowned brand.

Excellent, wear consistent with age and use.