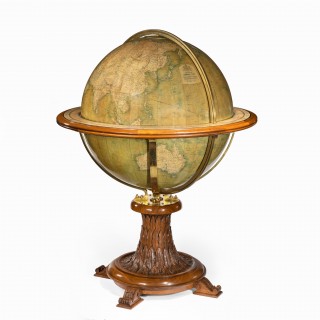 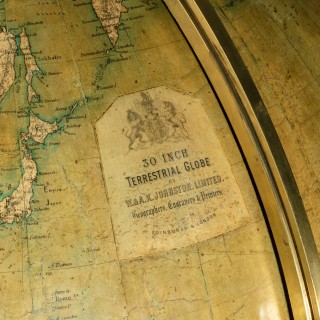 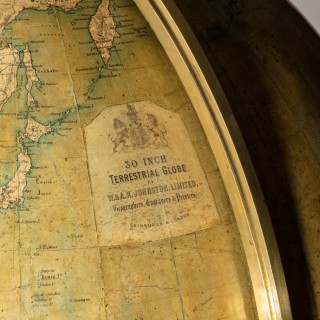 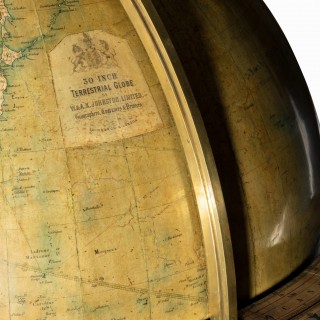 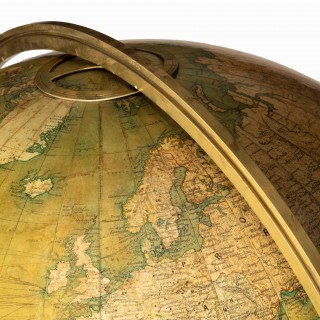 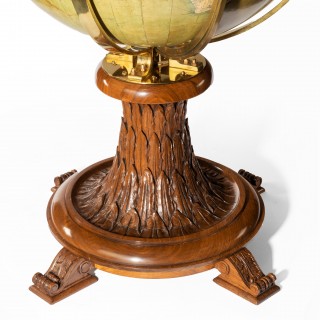 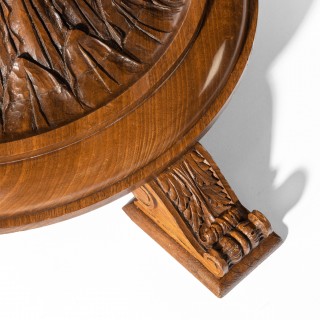 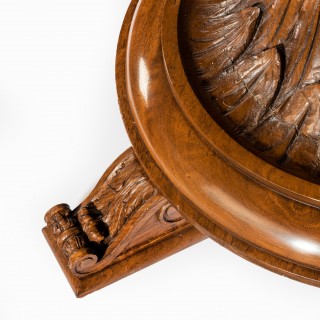 Footnote: Brothers William Johnston (1802-1888) and Andrew Keith (1804-1871) began as apprentices to the leading Scottish globe-maker, James Kirkwood, until a fire destroyed his workshops in 1824. Setting out on their own, they acquired the established publishing house of William Lizars and began printing maps, atlases, gazetteers, guide books, globes and much more. Following their development of the first 12′ geo-physical globe the Johnstons became the leaders of their field throughout Great Britain in the second half of the nineteenth century and were awarded a Royal Appointment by Queen Victoria. Their imposing and exceptionally large 30-inch terrestrial globe, similar to this example, the first of its size to be produced in England, was exhibited at the Great Exhibition of 1851 in Hyde Park London, where it won numerous medals.