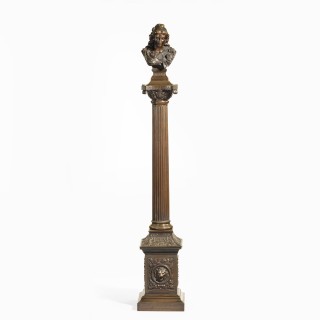 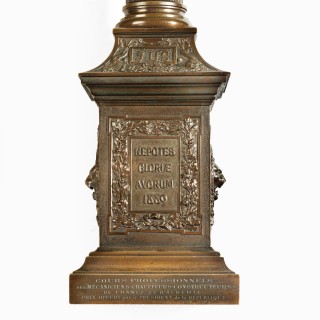 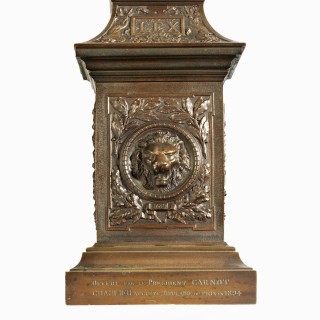 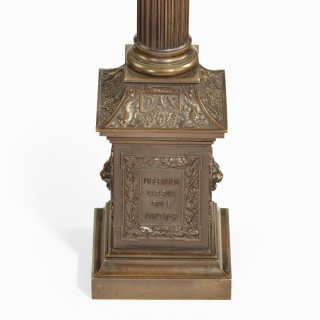 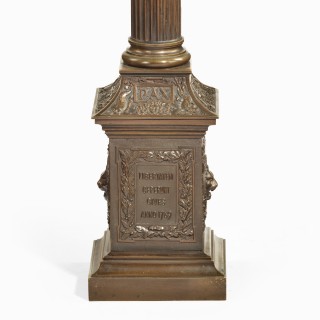 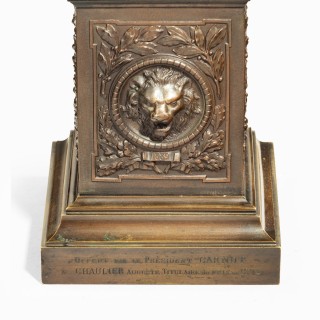 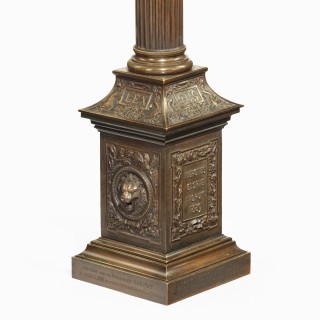 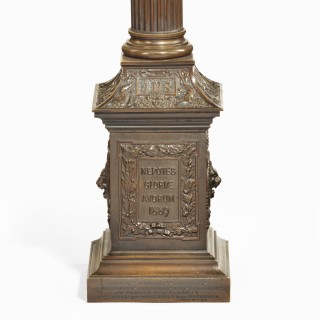 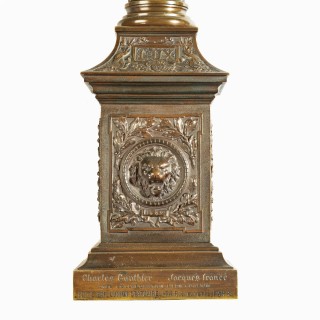 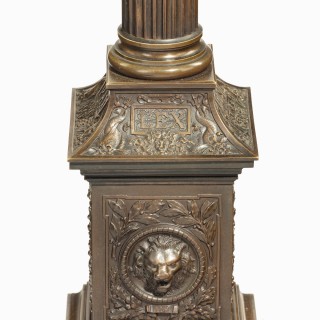 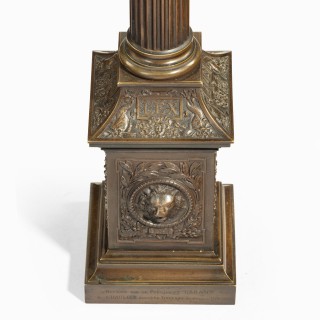 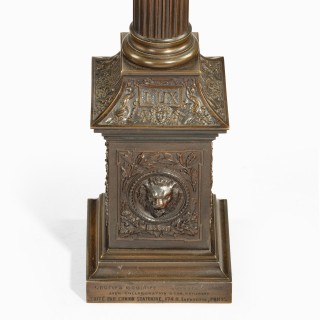 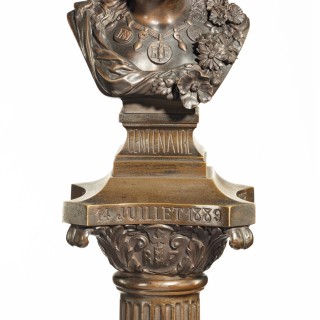 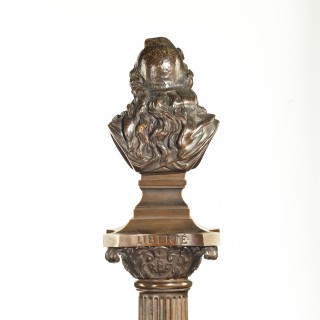 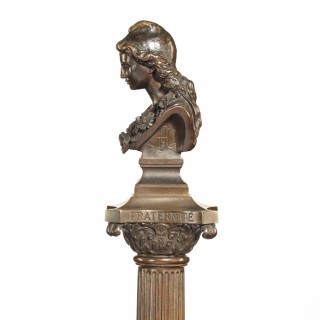 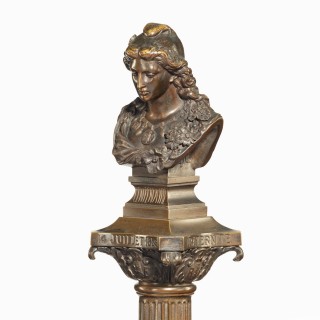 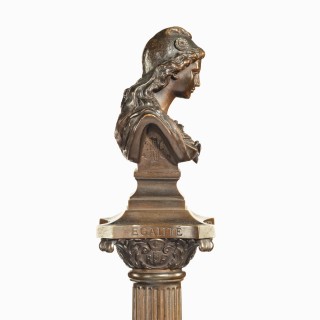 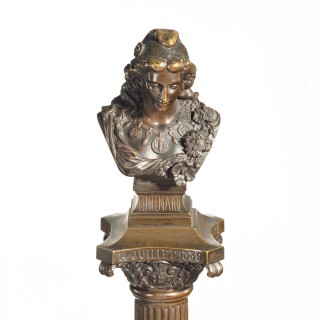 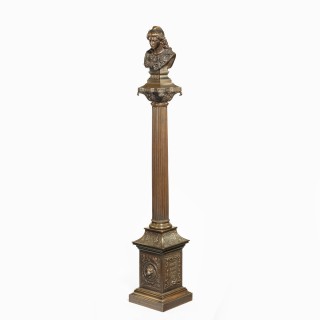 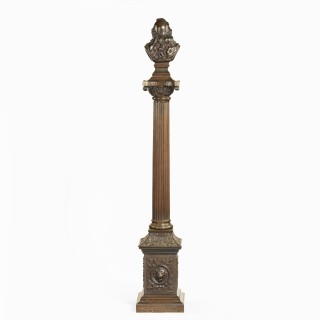 A bronze column depicting ‘La Colonne de la Republique’ dated 1889, after Paul LeCreux, the classical fluted column is surmounted by a bust of Marianne, one of the most prominent symbols of the French Republic, wearing a Phrygian cap, the sides embossed with Latin phrases including the motto “Liberté, Égalité, Fraternité” and “Pax, Lex, Jus, Lux” centred on a lion’s mask. French Guiana, c1889.

Footnote: The original ‘Colonne de la Republique’ was erected in Place des Palmistes, Cayenne, French Guiana in 1890, to commemorate the centenary of the storming of the Bastille and the end of absolute monarchy in France on July 14, 1789.

Paul Lecreux (18 February 1826 – 3 July 1894, Paris) was a French sculptor also working under the name Jacques France. He produced other versions of Marianne, including one in Rouen and another in which she is wearing Masonic attributes.