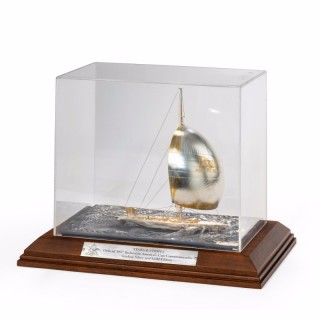 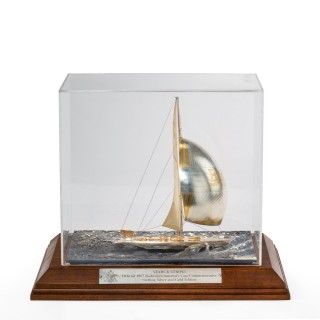 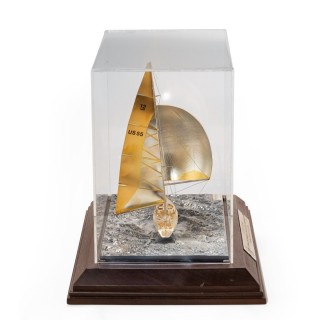 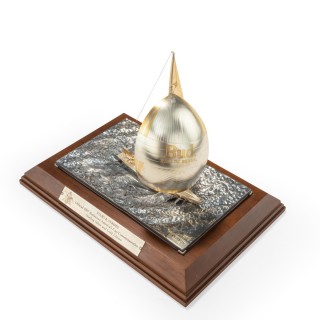 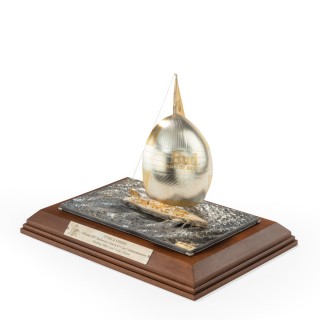 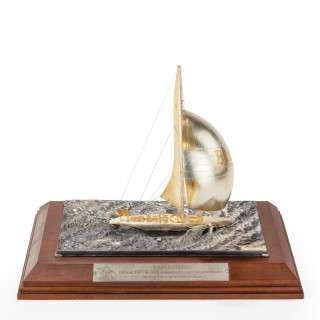 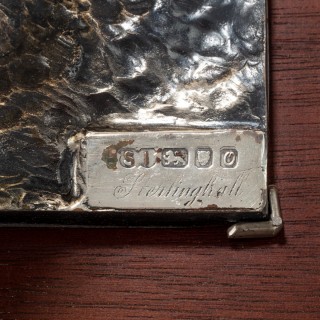 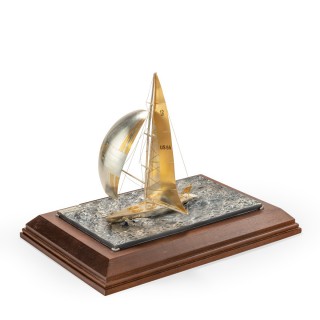 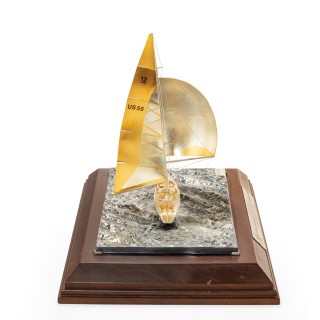 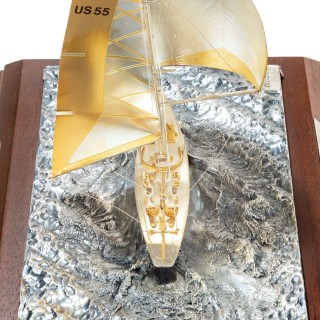 A cased silver and gilt model of 12 Meter America’s Cup yacht Stars & Stripes 87, the yacht shown sailing under spinnaker. The mainsail with the numbers 12 US 55 the spinnaker with the legend ‘BUD King of Beers’. Hallmarked and signed Sterlinghall. All in a glass case with a brass plate stating ‘STARS AND STRIPES, Official 1987 Budweiser America’s Cup Commemorative Sterling Silver and Gold Edition’.

Stars & Stripes 87 (US 55) In 1986 she won the trials to become the official challenger, edging out Stars & Stripes (US 56) for the honour of competing in the 26th America’s Cup in 1987. After 223 individual yacht races, including 48 under Dennis Conner, she went on to the America’s Cup finals against the Australian defender Kookaburra III. Stars & Stripes 87 won 4 races to nil to bring the Cup back for the USA in what is considered by many to be the greatest America’s Cup of all time.

In August 1994, Colin Percy, founder of the 12 Metre Regatta, attended the Sesquicentennial Regatta in Newport, Rhode Island (commemorating the 150th anniversary of the New York Yacht Club). During the event Mr. Percy met Dennis Conner who extended a welcome invitation to race aboard Stars & Stripes 87. On returning to the dock, further discussions started over a pint, with the result that Stars & Stripes 87 became the next vessel to join the 12 Metre Regatta fleet. Henceforward, through 12 Metre Regattas, she has brought great pleasure to many sailors and America’s Cup fans worldwide.