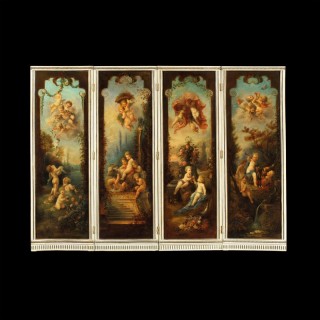 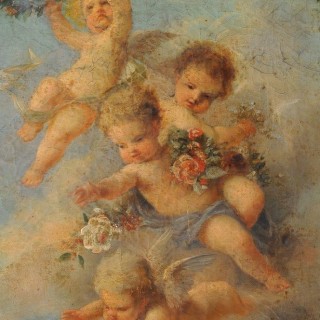 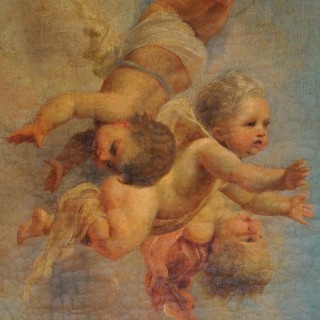 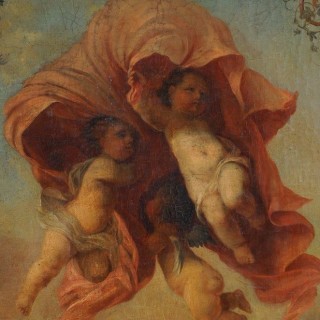 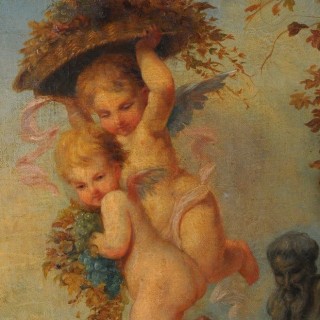 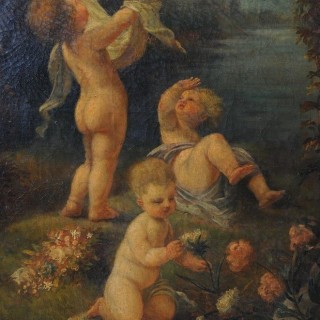 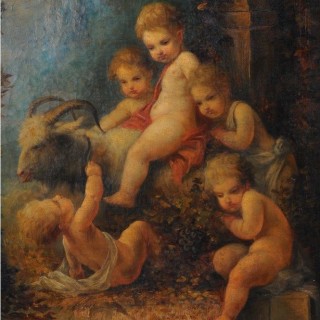 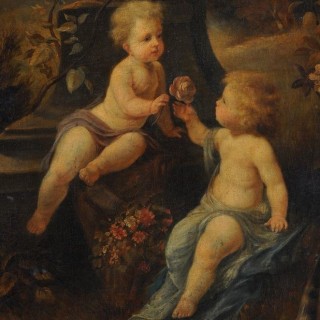 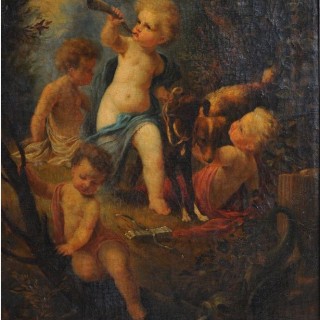 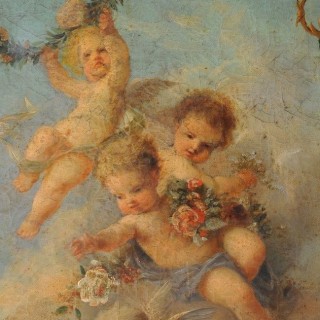 A Dramatic and Decorative Screen in the Manner of François Boucher

The four fold screen with a hinged frame is carved with ribbands, guilloches and bellflowers, and encloses four vertical canvas panels, expertly painted with a rich and evocative palette, in the manner of François Boucher, depicting, as is typical of his oeuvre, putti disporting themselves in romantic and stylised pastoral settings.The panels circa 1780, French.

Boucher was a French painter, draughtsman, and engraver who worked in the Rococo style. His works were characterised of idyllic classical subjects, decorative mythological scenes, and pastoral landscapes illustrated in a palette of blues and pinks and voluptuous figures. His style and designs influenced European decorative arts, from painting to porcelain to tapestry. At a young age, he completed the engravings for the French painter, Jean-Antoine Watteau. Boucher studied in France and Italy, and was accepted to the Academie de peinture et de sculpture in 1731. Thereafter, he became a fashionable portrait painter for women of the social elite, including obtaining his patroness, Madame de Pompadour, and was appointed first painter to King Louis XV in 1765.

A Dramatic and Decorative Screen in the Manner of François Boucher