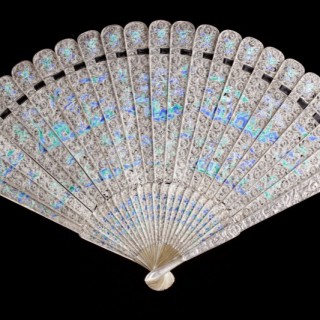 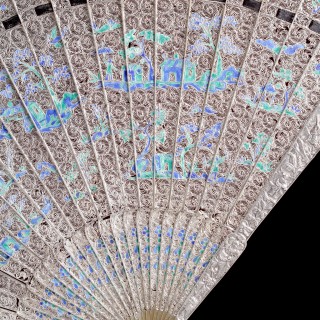 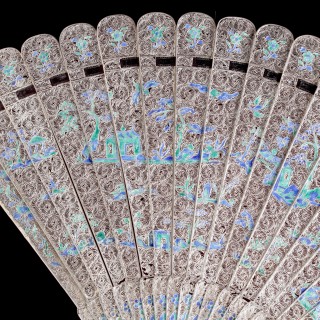 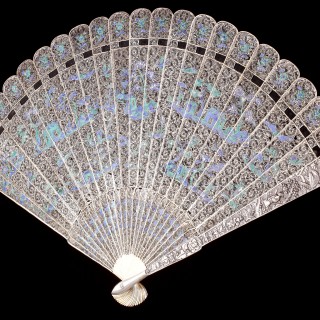 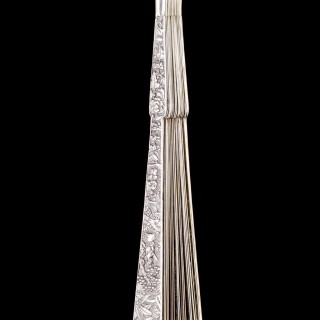 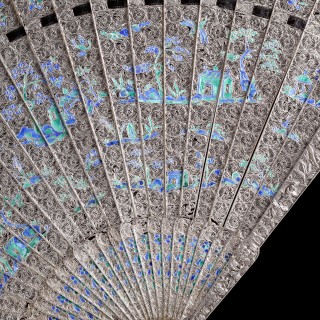 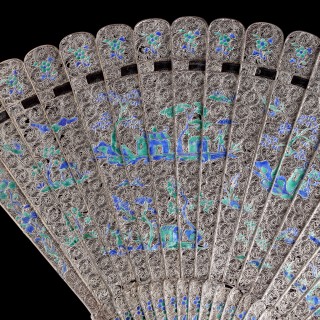 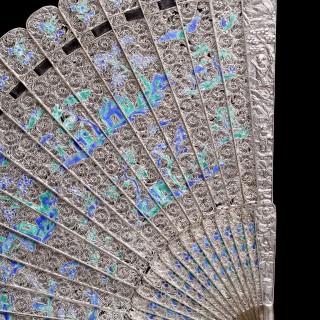 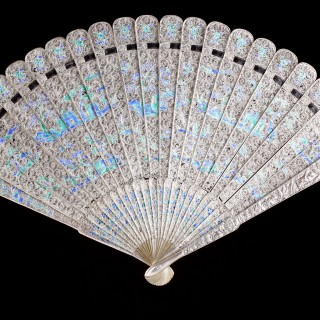 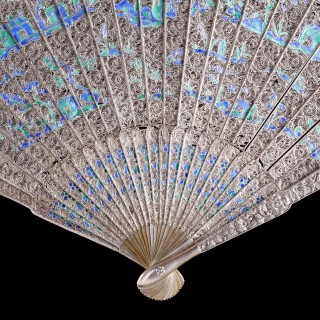 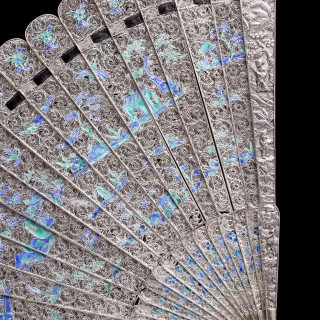 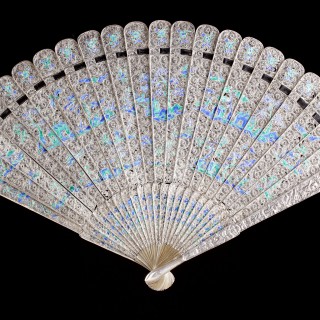 Some of the finest export fans were made by the Chinese gold and silver smiths, the sticks being manufactured entirely of filigree as in this example. Occasionally these were decorated with kingfisher feathers in imitation of cloisonné, but were more usually enamelled in blues and greens. Chinese export fans could convey an entire landscape scene resembling frozen lace leading its owner into a tiny exotic world.
European fashion dictated the design of the fans, using landscapes and chinoiseries similar to those on Chinese porcelain which was all the rage in the West. Fans were among the curious trifles that met the increasing demand for objects displaying intricate craftsmanship. Made with great skill, fans are first recorded coming from China in 1794 on board the ‘Empress of China’.