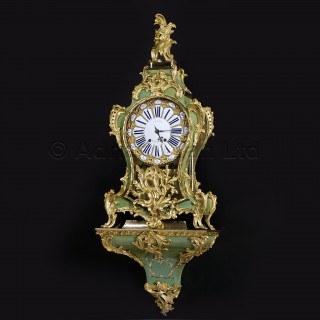 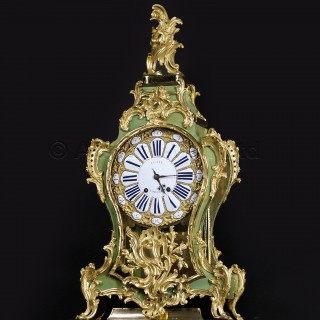 The clock has an arched shaped waisted case surmounted by a foliate finial on a spreading hood, the case is mounted with rockwork, ‘C’ scrolls and foliage on scrolling foliage wrapped feet, the shaped tapering bracket inlaid with an engraved brass cartouche and terminating in a pierced foliate boss.

Louis Jolin was a maître horloger in Orléans, France, from 1741 until his death in 1781.