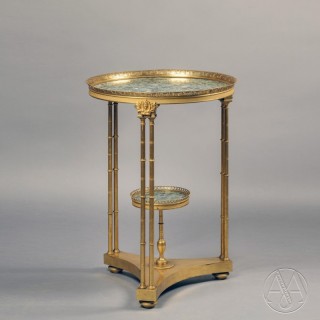 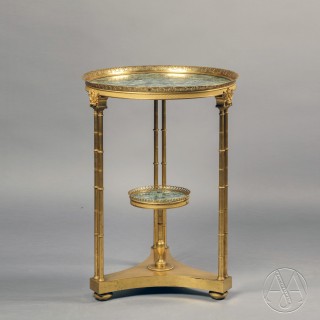 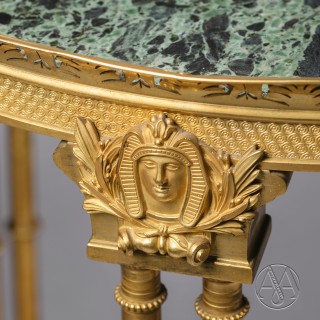 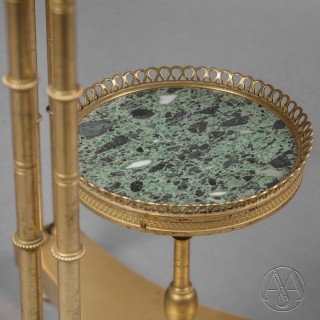 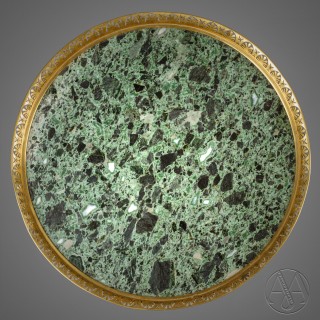 A Fine Louis XVI Style Gilt-Bronze Gueridon With a Green Breccia Marble Top, After the Model by Adam Weisweiller.

Of very fine quality, this elegant gueridon has a circular green breccia marble top within a pierced anthemion cast gallery above three pairs of simulated bamboo columns headed by classical Egyptian mascarons, the columns are united by a tripartite stretcher surmounted by a circular dish and terminating in cast bun feet.