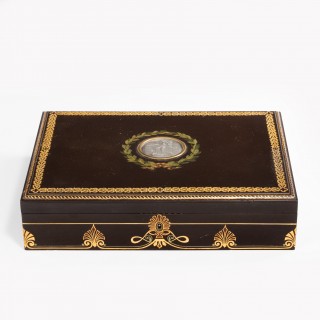 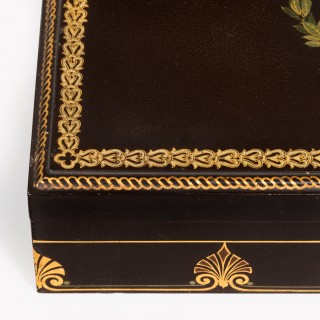 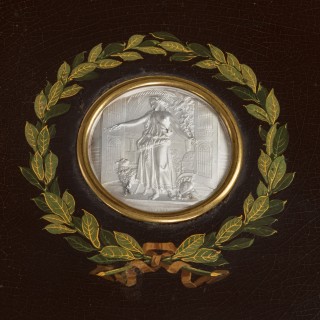 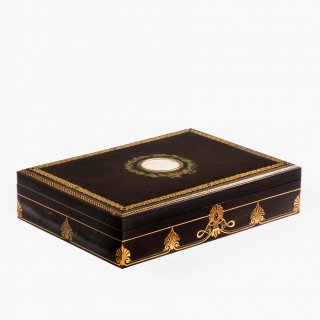 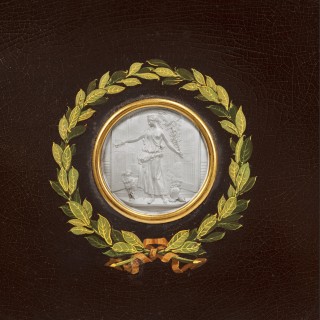 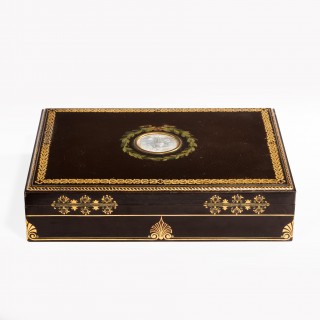 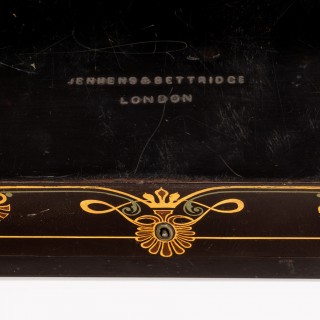 A fine mid-Victorian papier maché box by Jennens & Bettridge with a silver medallion by Pinches, of rectangular form with a hinged lid and gilt and painted decoration of palmettes, guilloche bands and a central laurel wreath enclosing a solid silver medallion depicting Athena with her helmet, a caduceus and a lamb, the box stamped ‘Jennens and Bettridge’ on the base, the medallion signed ‘Pinches’, the interior lined with the original fabric. English, c1850.

Footnote: Jennens & Bettridge, run by Theodore Hyla Jennens and John Bettridge between 1816 and 1864, were famous for the range of papier- maché goods manufactured in their factory at 99 Constitution Hill, Birmingham. They also had premises at 6 Halkin Street West, Belgrave Square, London. The company produced a range of products, including writing boxes, trays, fans and larger pieces of furniture such as chairs, tables and sofas. They won a medal in the Great Exhibition of 1851 and the Royal Warrant to supply Prince Albert and the Royal Family. John Pinches Medallists were founded around 1840 and continued to produce very high quality medals, through 4 generations, for 129 years.