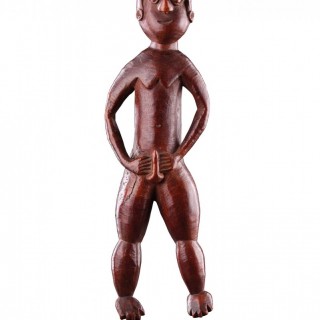 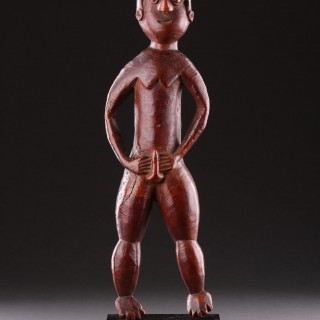 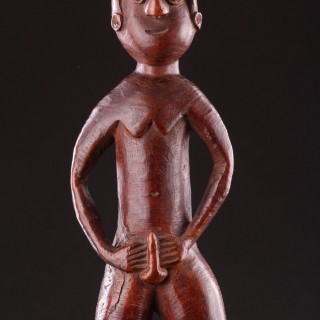 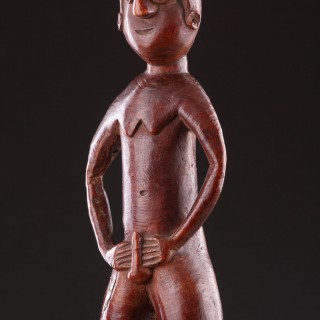 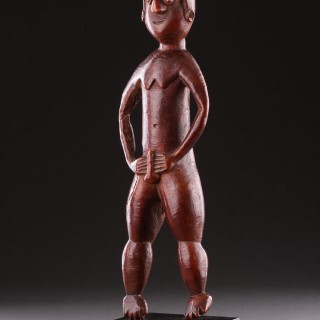 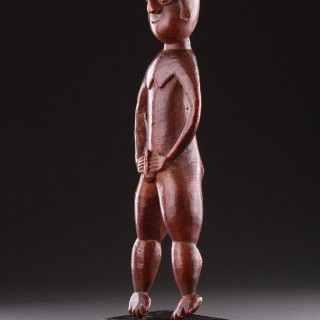 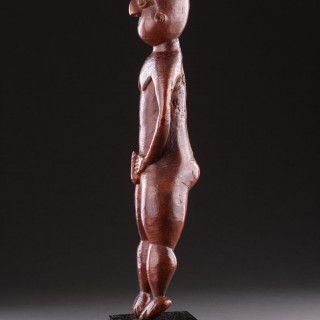 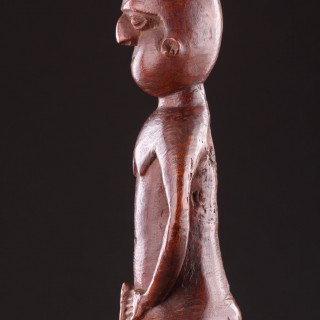 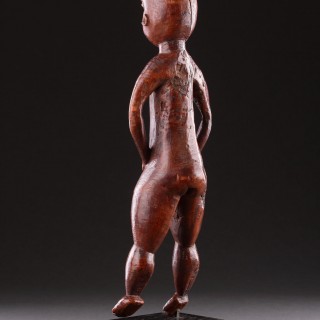 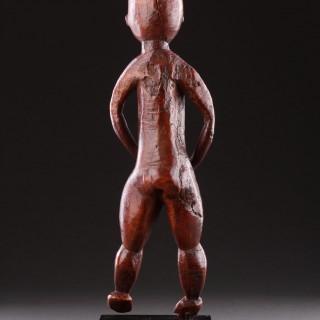 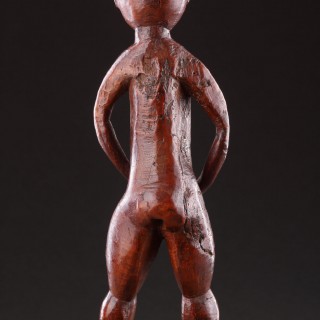 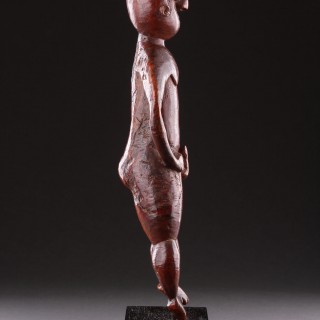 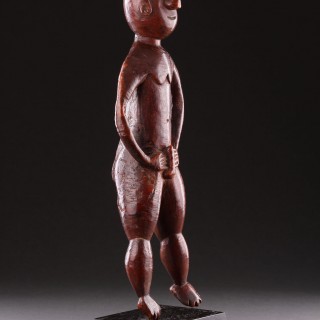 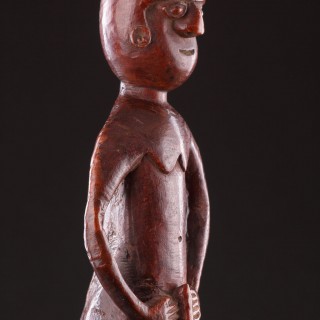 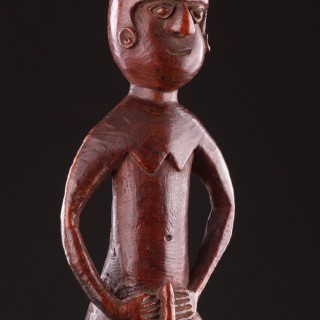 Named New Caledonia by Captain Cook in 1774 the Islands from the early 19th century onwards became a theatre of missionary competition between opposing Christian faiths. This evangelical zeal had profound repercussions entailing the disappearance of many customs as well as the impoverishment and transformation of culture and art. The colonisation and annexation of New Caledonia by France in 1853 completed the process.
These magical standing statuettes commemorate an ancestral spirit which provided protection to their owners, and were sometimes used to confer fertility upon a couple. They were amongst the first objects to be brought back by 18th century mariners and merchant traders, as can be seen by their early presence in European collections. Commander August Berard, a government official in charge of the protection of religious missions and whaling stations from 1842 – 1846 collected a spirit figure in 1845 that can be viewed in the Montpellier museum of Natural History which is greatly comparable to this fine example.
In 1841 on Ouvea Island the sandalwood trader Captain Cheyne recorded ‘one day on the shore, I observed the King having two wooden figures in front of him, representing a male and a female about 9 inches in length, to whom he seemed to address devotions’. In 1864 the missionary R.P. Montrouzier noted that these figures were often hidden in special enclosures in the forest, ‘the wizard goes secretly to the place in the forest where the little hut is and the rude human figure. He puts material in the mouth and closes it as if to swallow it’. The figurines were often kept carefully wrapped in fabric and bindings of tapa cloth and flying fox fur, as were the handles of many kanak clubs, and this ceremonial wrapping was thought to preserve the spirit figures magical power. Over sixty of these small anthropomorphic sculptures exist in museum and private collections, all of a similar form and posture, but of a varying quality of craftsmanship suggesting that they were made by domestic carvers according to need. This kanak figure with its animated posture and intense expression is a particularly fine example.