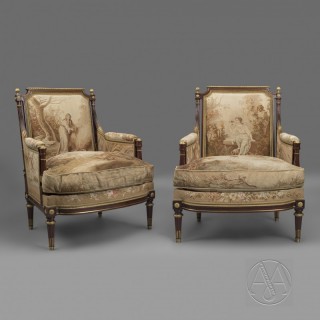 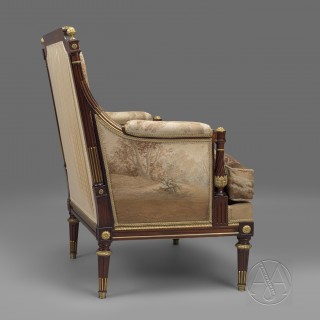 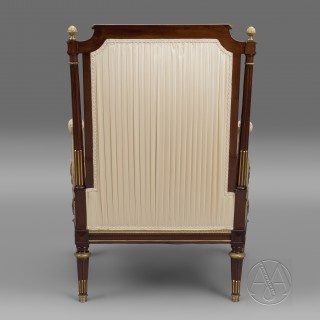 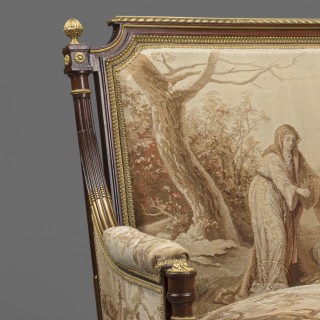 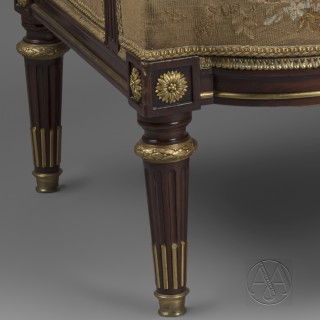 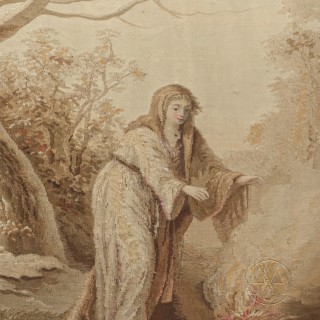 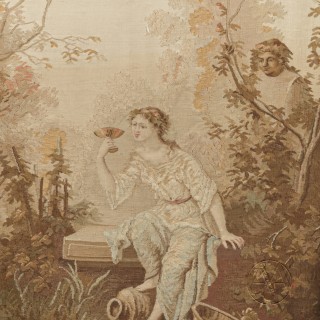 This fine pair of mahogany bergeres each have a gilt bronze top rail above a rectangular back flanked by reeded columns and arms, upholstered sides and deep squab cushions, above an upholstered apron and fluted tapering legs.