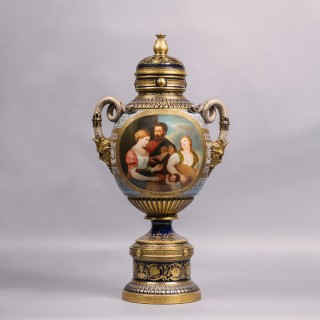 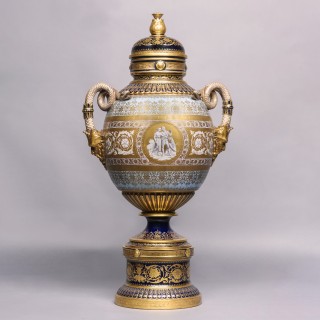 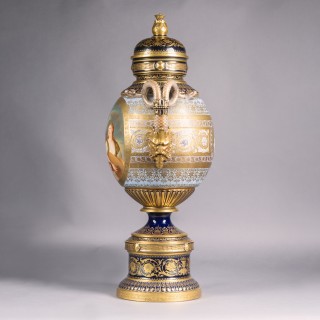 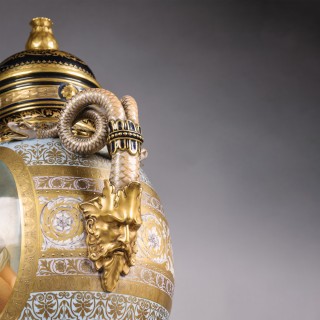 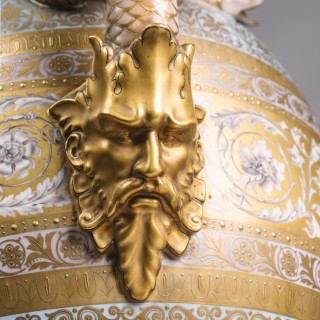 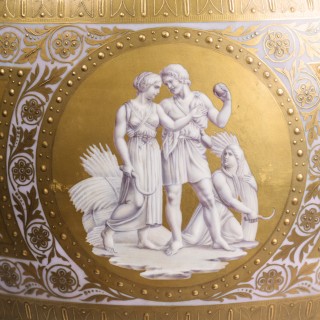 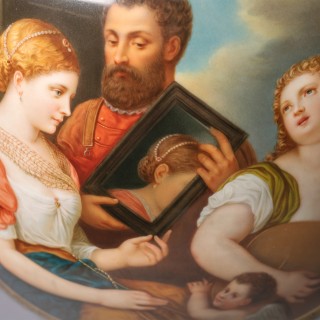 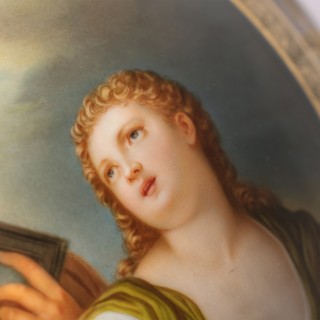 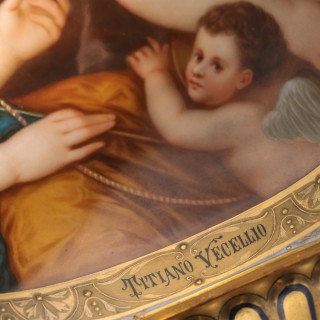 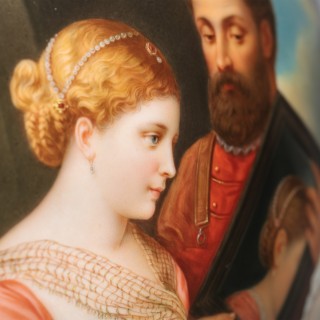 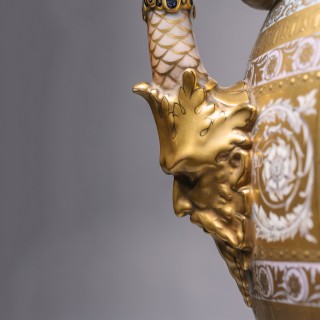 A Fine Vienna Style Porcelain Vase and Cover by Fischer & Mieg, Pirkenhammer, with a Painted Reserve of ‘An Allegory of Love’ After Titian, By Franz Wagner.

The underside of each vase with an underglaze Pirkenhammer shield mark for 1887 -1890.
The painted reserve after Titian signed ‘F. Wagner Vienna’ .

The vase has an ovoid shape body with a cobalt blue, pale blue and pink field, flanked by enriched snake and mascaron handles, the domed cover with a gilt bud finial, with a finely painted reserve to the front depicting an ‘Allegory of Love’ after Titian, below it inscribed to the border ‘TITIANO VECELLIO’, the reverse enriched en grisaille with a classical agrarian scene within a gilt reserve, the body raised on a spreading circular socle with a gilt-tooled border of flowering acanthus arabesque.

Franz Wagner was a member of the famous Wagner family of painters working from Starhemberggasse in Vienna in the late nineteenth century. They were particularly noted for their fine detail and historicist portraits after famous artists such as Asti and Delaroche for KPM (Koenigliche Porzellan-Manufaktur) and for spectacular exhibition vases for the Royal Vienna Porcelain Manufactory.

Pirkenhammer was a porcelain manufactory established in 1802 by Friedrich Hocke and J.G. Lilst in Carlsbad Bohemia, now Brezova, Czechoslovakia. The company initially made tableware and tobacco pipes, usually decorated with scenic views and flowers.