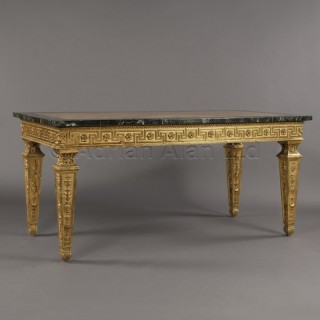 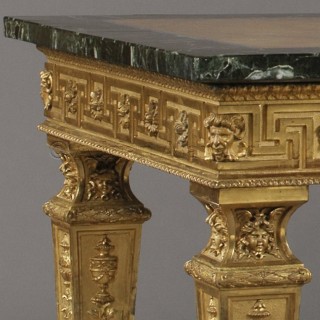 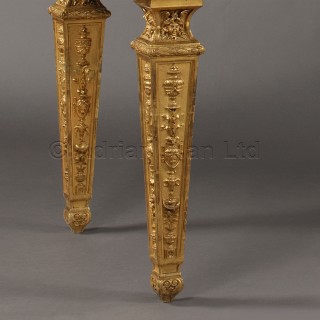 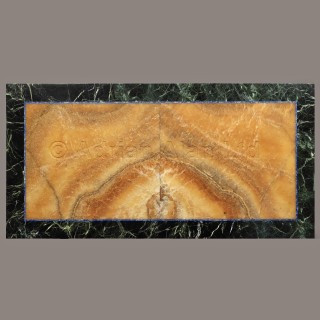 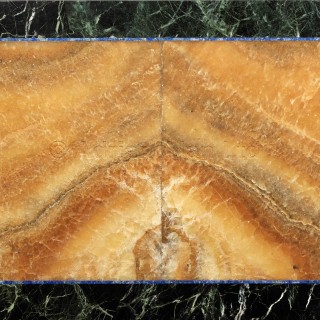 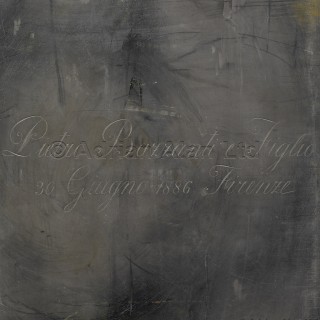 A Florentine Table with a Spectacular Marble, Fluorspar and Lapis Lazuli Top

A Finely Carved and Gilded Florentine Table, with a Spectacular Marble, Fluorspar and Lapis Lazuli Top by Pietro Bazzanti.

The exquisite table top is made of Fluorspar in the centre, a type of quartz from the Sahara Desert, with a blue Lapis Lazuli border, all surrounded by green Verde Antico marble. The giltwood base is finely carved with Greek keys, roundels and masks, with four panelled and tapered legs each topped by a carved mask of Minerva.

Lapis Lazuli is a dark blue microcrystalline rock composed primarily of the mineral lazurite. It often sparkles with golden pyrite inclusions and usually occurs in crystalline limestones as a result of contact metamorphism. Lapis Lazuli has been highly valued for many thousands of years. Much loved by the ancients, from Mesopotamia, to Egypt, to Persia, to Greece and on to Rome. It was used by the ancient Egyptians in many religious ceremonies, and was often used as an inscription stone for various passages from the Book of the Dead. Lapis Lazuli was also one of the stones in the ‘Breastplate of Judgement’ of Aaron, described in the Bible (Exodus: xxviii, 15-30). The Romans believed that lapis was a powerful aphrodisiac, and in the Middle Ages, it was thought to keep the limbs healthy and free the soul from error, envy and fear.

Pietro Bazzanti was one of the leading marble sculptors working in Italy in the nineteenth century. He specialised in allegorical subjects as well as pieces inspired by Antique and Renaissance sculpture.

His gallery in Florence, Pietro Bazzanti e Figlio, originally Bazzanti’s studio, was established in 1822 as a showroom for his work. Bazzanti exhibited with success at many of the great international exhibitions of the period, including the Philadelphia Centennial Exhibition in 1876 and the Boston exhibition of 1883.

Regarded as one of the most talented sculptors of his day, his studio became a centre for other important sculptors such as Ferdinando Vichi, Cesare Lapini and Guglielmo Pugi. Such was the high regard in which he was held, that many of these sculptor’s works are inscribed ‘Galleria Bazzanti’.

In addition to sculpture the Bazzanti workshop was also known for the production of spectacular specimen marble table tops for the grand tour.

A Florentine Table with a Spectacular Marble, Fluorspar and Lapis Lazuli Top