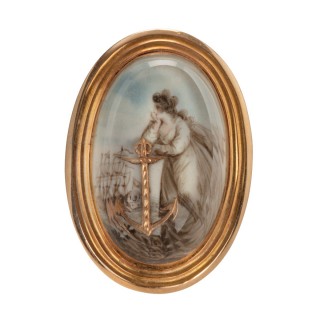 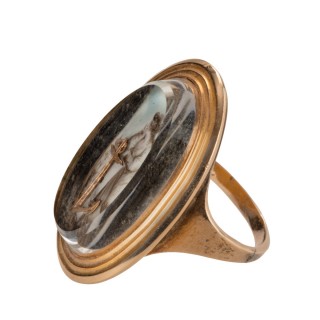 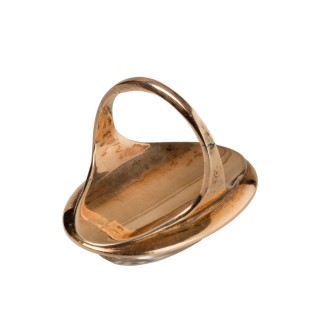 A large George III glazed gold, enamel and ivory ring representing the figure of Hope with her anchor, gazing out to sea and a squadron of warships.
English, circa 1800

Usually portrayed with her anchor attribute, the figure of Hope, one of the three Christian virtues alongside Faith and Charity, was widely adopted in the eighteenth century to safeguard against the perils
of life at sea, especially in the Royal Navy. She was depicted in prints, ceramics, jewels and medals: most
famously on Davison’s Nile medal, privately issued to all the men and officers who survived the Battle of the Nile. Here she is used on a sentimental and precious ring which was possibly a gift to a naval wife or sweetheart.