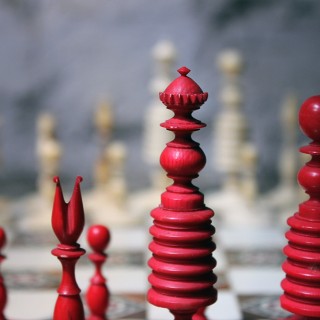 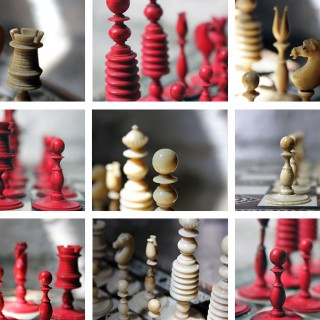 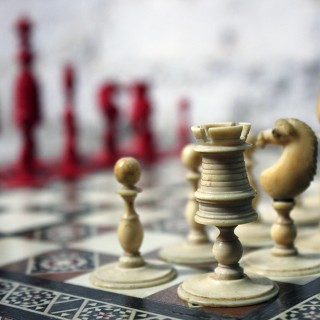 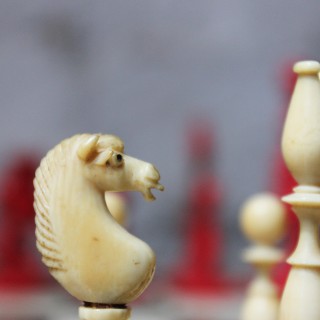 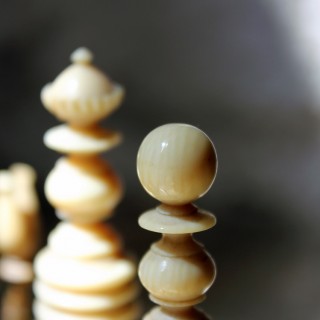 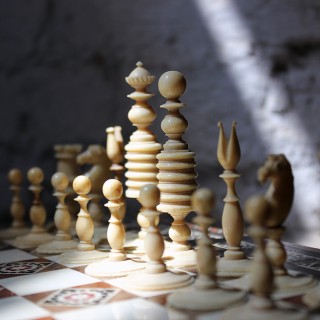 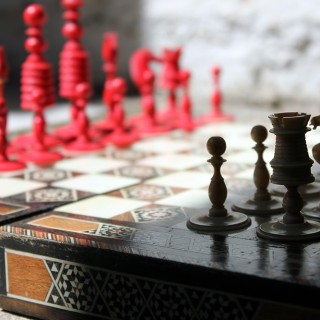 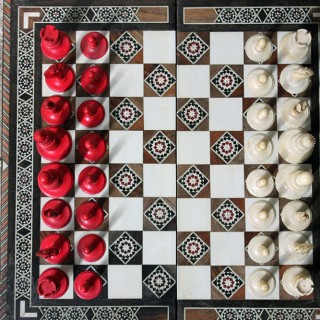 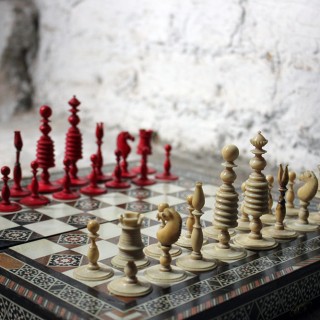 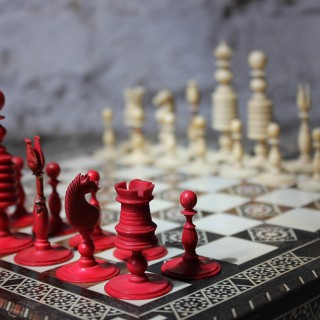 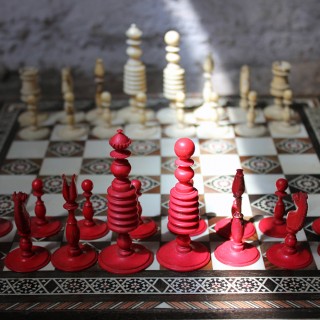 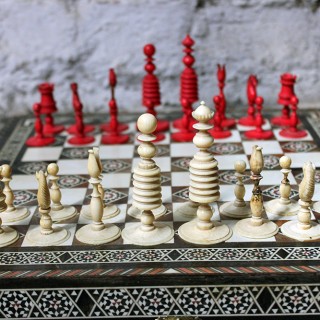 The English ivory chess set in the ‘Washington’ pattern, one side stained red, the other side remaining natural, the kings with “cogged” crowns and the queens with ball knops, the bishops with cleft mitres and tapering columns, the knights as arched horses’ heads, rooks as turrets with reeded tapering spires and raised on knopped columns, and the pawns with ball finials, the set suriving from the first quarter of the nineteenth century.

This is an example of a nineteenth century Washington pattern chess set. which takes its name from a set held in the collection at Mount Vernon, Virginia, the family estate of George Washington. The arched necks of the horse knights and the turrets brick-work are typical features of this pattern. This particular set’s rooks don’t have quite as much brick-work showing as others but it is still present.

In London in 1790, the chess scene was on the upswing. François André Danican Philidor, who was elderly at this point, was giving blindfold simultaneous exhibitions at Parsloe’s Coffee House on St. James’ Street. Other chess clubs had sprung up as well, and several chess set designs had become preeminent: the Old English pattern, the Washington pattern, and the Directoire/Régence pattern from the French side of the channel.

This set is of antique elephant ivory and as such it will require a CITES export licence to export to destinations outside the European Union. Sadly, due to recent legislations, we are unable to export this item to the USA.

The sets pieces are all original with no replacements and a healthy patina is showing to each piece. However there are three pieces with damages to the stems, (two of the bishops, one to each side) and one of the natural pawns; these have been repaired unprofessionally. The damages are duly reflected in the asking price of the set. Please see the photographs for visual reference.