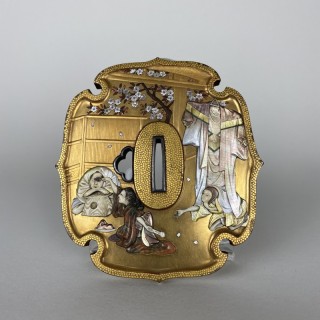 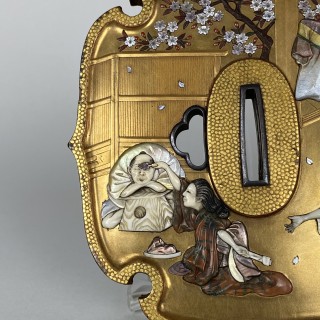 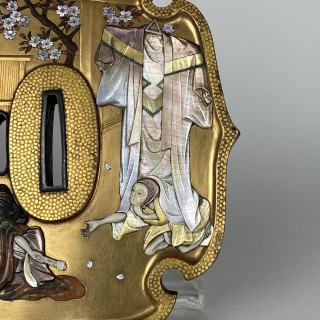 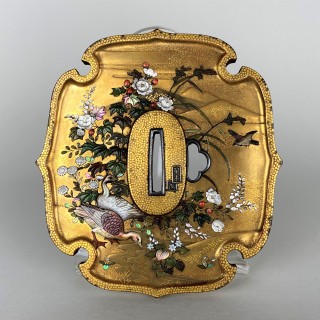 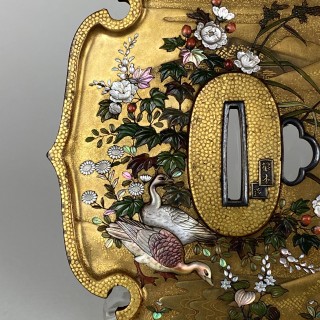 Sleeping Scholars are an amusing motif in Japanese art, they are often being made fun of by the children they are supposed to be teaching! They had a high place in society and can be recognized by their affluent robes and tall black hats, they are often seated at low tables surrounded by scrolls and there will sometimes be a scholars rock nearby for contemplation.

The geese depicted here are likely to be white fronted geese, a species which due to conservation efforts in the 80’s is now once again common in Japan. Goose meat has long been regarded as a luxury for the imperial classes and aristocracy, the white fronted goose is a popular motif on family crests and paintings and frequently appears in Japanese folklore and poems.