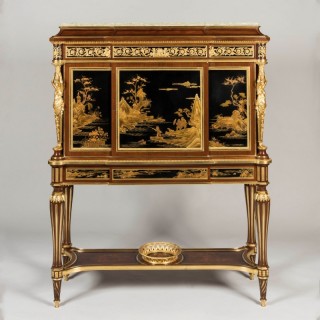 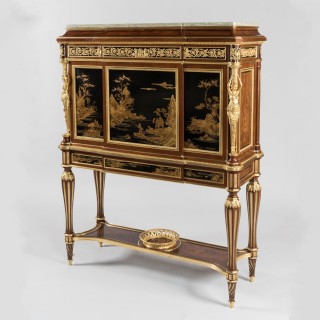 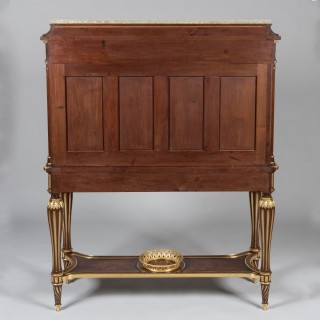 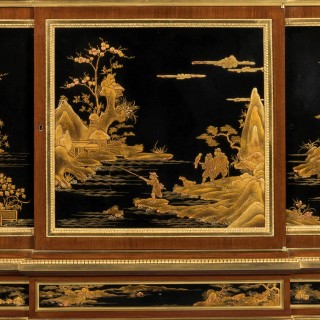 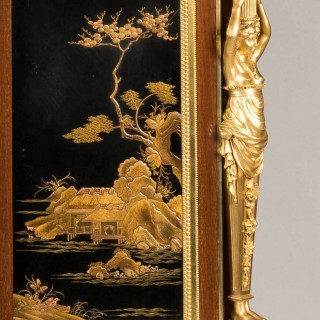 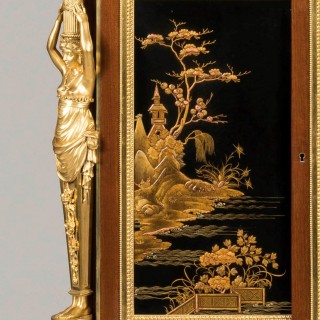 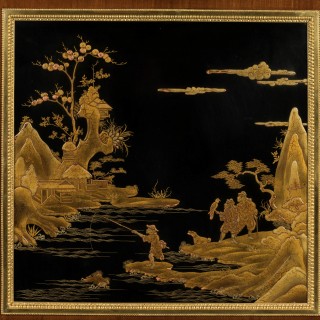 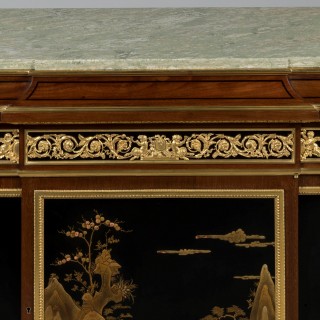 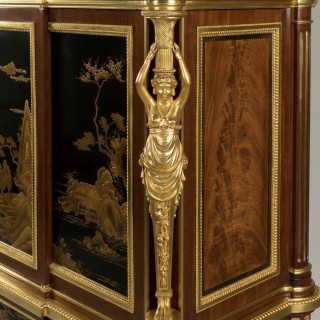 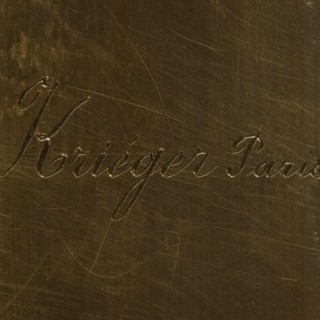 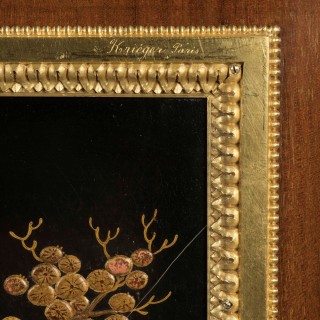 This cabinet is a masterful rendition of the Louis XVI style promoted by the great Adam Weisweiler (1744-1820), primarily inspired by the cabinet he made for King Louis XVI for his Cabinet Intérieur at Versailles in 1784, one of the most private parts of the palace complex. Like it’s earlier counterpart, the cabinet-on-stand celebrates the beauty of Far East lacquer panels, which have been valued in Europe for centuries. Other shared features are the distinct gilt bronze caryatids, the mille-rais plaques and ormolu fluting on the legs.

Interestingly, Kriéger deliberately chose to divert from the design of the Weisweiler cabinet, choosing instead to incorporate features seen in other important Louis XVI-period commissions, such as those delivered by the celebrated marchand-mercier Dominique Daguerre to Marie Antoinette and the cabinet made for the King of Naples made circa 1790.

The present cabinet is a rare, yet successful, model carried out and exhibited by a number of the best Parisian ateliers of the 19th century. An example shown in 1883 in Amsterdam by Henry Dasson was later acquired by the English Royal Family, and it is possible Kriéger acquired the bronze models at Dasson’s dispersal sales of 1894.

Running one of the largest furniture workshops in all of Paris, the firm of Maison Kriéger was founded in 1826, and continued into the early 20th century producing some of the finest Empire style furniture as well as modern interpretations of Louis XV and Louis XVI styles. They attended and displayed at most of the major exhibitions of the 19th century, including the Great Exhibition of 1851, as well as Paris ’67, Paris ’78, Paris ’89, Chicago ’93, Saint Louis 1904, and Brussels 1910.