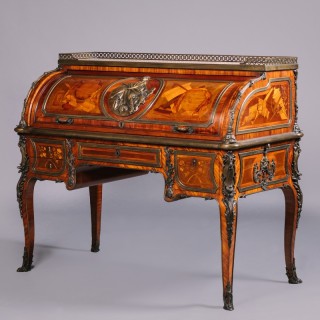 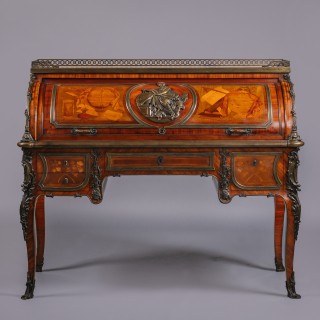 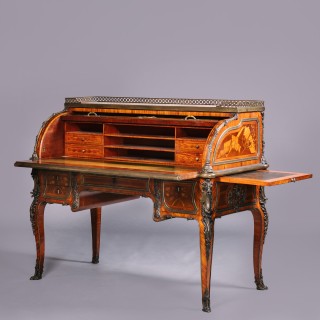 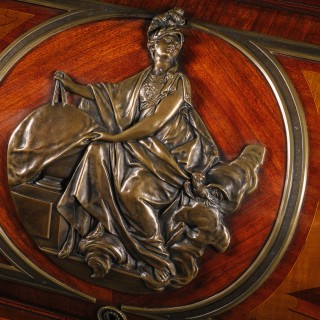 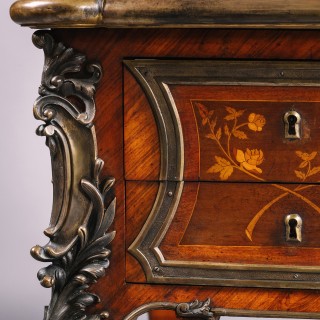 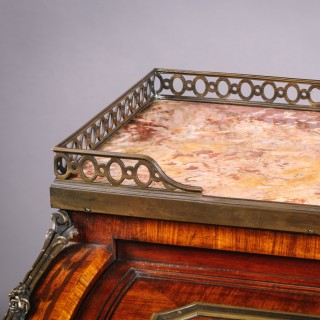 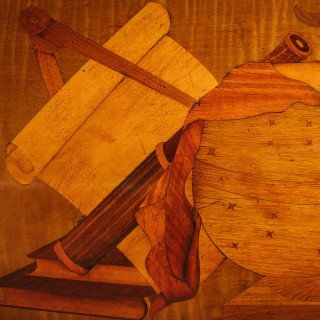 Stamped to the reverse of the bronze mounts ‘PB’.

The top of Sarrancolin marble above a tambour with a central mount depicting Minerva. The marquetry depicting allegories of Geography and Astronomy. The interior has a green-leather covered pull out writing slide below an arrangement of drawers and cubby-holes. The back and sides intricately inlaid with marquetry of military and Maritime trophies. The sides with pullout leather-lined slides. The kneehole with a frieze drawer and three short drawers to the sides.

This desk is inspired by the bureau de roi, begun by Jean-François Oeben and completed by Jean-Henri Riesener for Louis XV in 1769 (now at Versailles) featuring similar marquetry panels, as well as a bureau à cylindre, also by Riesener, formerly thought to have been made for King Stanislas of Poland, but now identified as being supplied to the comte d’Orsay (now in the Wallace Collection). The present lot is however most similar in form to a secrétaire à cylindre, again by Riesener, made for the apartments of the Comtesse de Provence in 1773, (illustrated, M. Coutinho, 18th Century French Furniture, Lisbon, 1999, p. 215).

The Cylinder is in good original unrestored condition with rubbing to the bronze and wear as ecpected by its age. Structurally sound and very decorative.