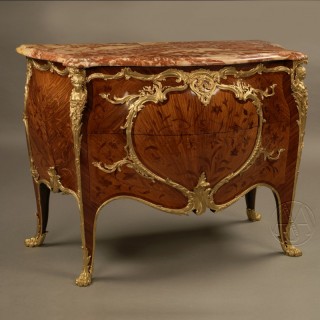 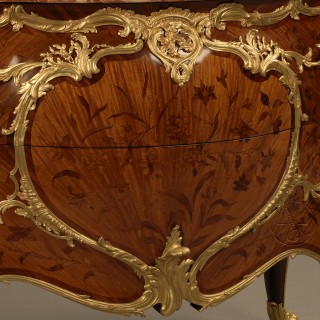 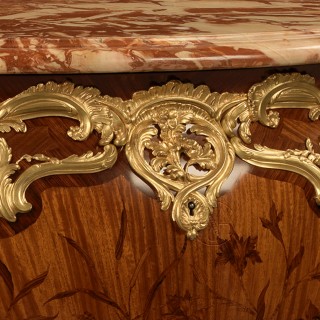 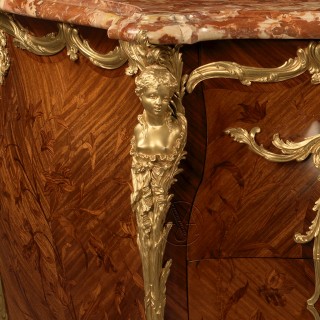 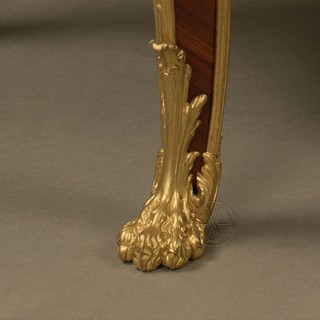 The keyhole escutcheon stamped with the ‘ZN’ mark from the bronze master model. The back of the bronzes stamped ‘NZ’.

This exceptional commode has a brèche de Saint-Maximin marble top and is veneered with bois de violette, bois de bout and floral marquetry on satiné veneers.

This rare commode with its distinctive heart shaped bronze mounts is illustrated by Christopher Payne in his book ‘Paris Furniture: The Luxury Market of the 19th Century’; p. 558.