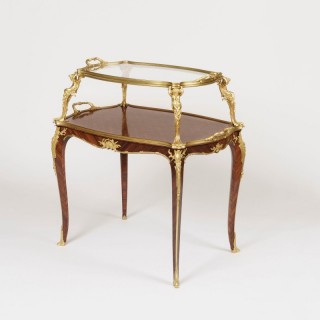 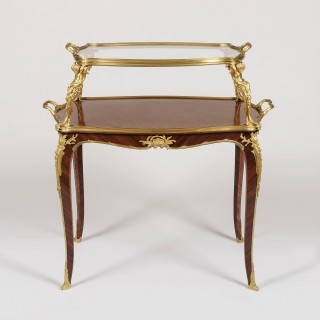 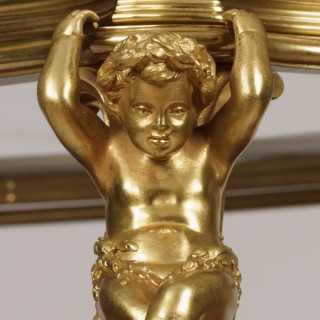 François Linke (1855-1946) is considered to be one of the finest ebenistes and bronziers of the 19th century.  He moved from Pankratz, Bohemia where he completed his apprenticeship under the strictest of training, to Paris in 1881, setting up shop in the Place Vendome, and with his workshops in the faubourg Saint Antoine, he quickly attracted a wealthy clientele, appreciative of the excellence of his work. Specialising in the style of the ancien regime and modifying the proportions of the original works to suit the smaller Parisian apartments, he was an exhibitor at the Paris Exposition Universelles of 1878, 1889, and 1900, and at the last, a Gold Medal winner par excellence for his extraordinary Bureau du Roi.