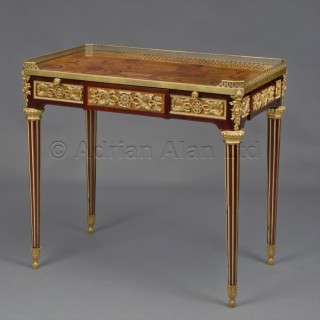 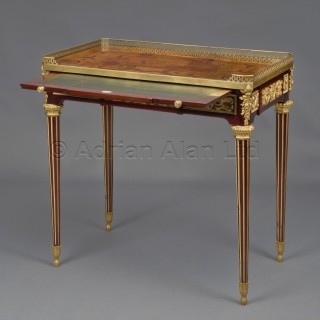 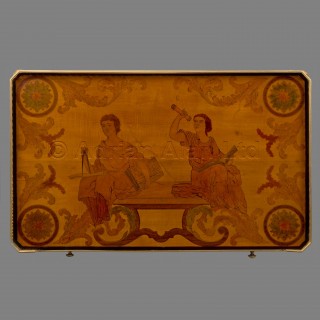 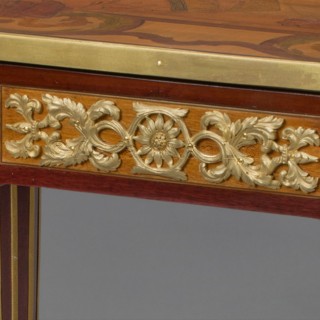 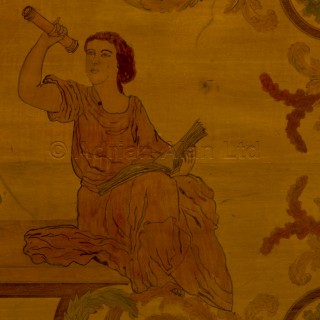 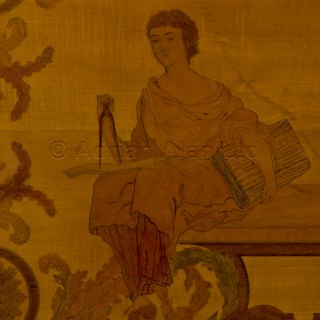 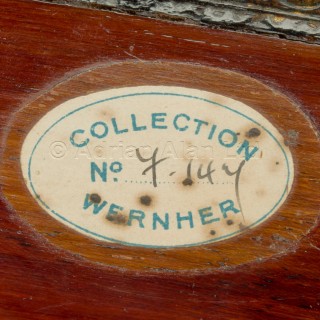 This finely inlaid writing table is based on the famous ‘Table des Muses’ by the eighteenth century Royal ébéniste Jean-Henri Reisener. The galleried top is inlaid with an allegorical scene of muses representing astronomy and mathematics.

Although for many years thought to have been made for Marie Antoinette, Jean-Henri Reisener’s original version of this table, known as the Table des Muses, was in fact supplied in 1771 at a cost of 6,000 livres for the personal use of Pierre-Elizabeth de Fontanieu, Intendant et Contrôleur Général des Meubles de la Couronne from 1767-1783. During the Directory, the table was used in the Salle du Conseil des Directeurs and later it was moved by the Empress Eugénie to the Petit Trianon, where it remains today.

The table remained a popular model throughout the nineteenth century and was made by celebrated ébénistes such as Beurdeley and François Linke. An example of Linke’s index number 251 is shown in the Elias Meyer residence at 16 Grosvenor Square, London (C. Payne, (Woodbridge, UK), 2003; p. 246).