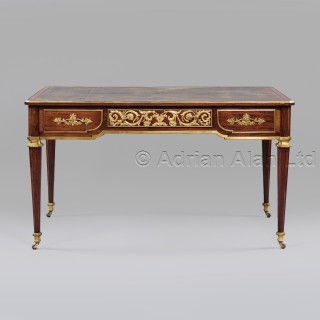 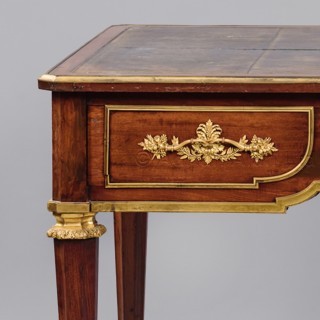 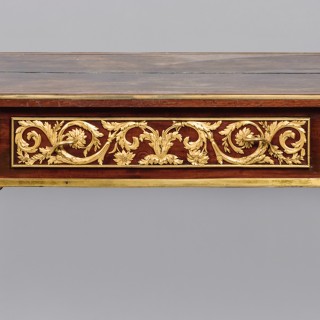 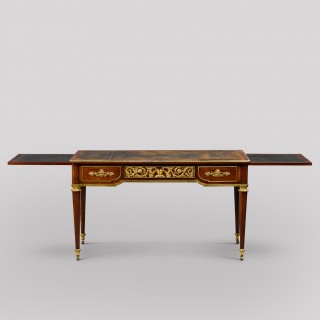 This fine mahogany bureau plat has a leather top with a gilt-tooled palmette border above a pair of matching leather-lined slides. The frieze contains two short drawers and a long central drawer with fine gilt-bronze mounts to one side and conforming dummy drawers to the reverse.

in the manner of jean-henri riesener