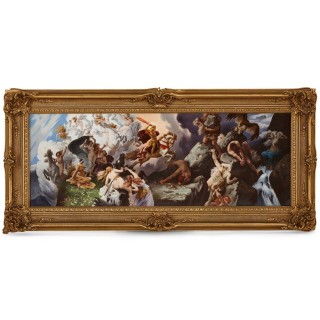 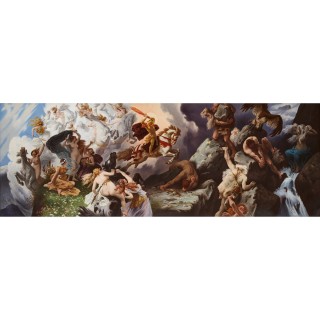 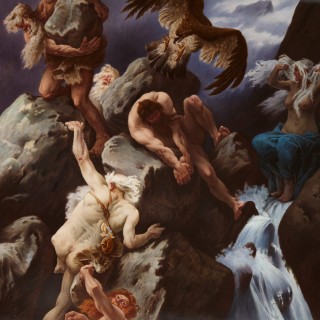 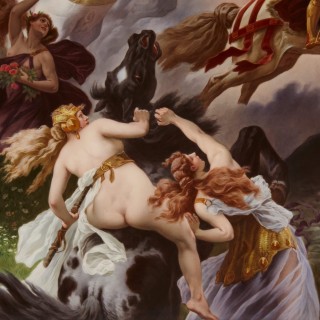 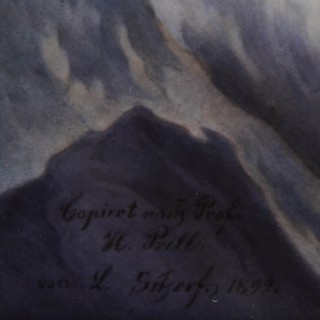 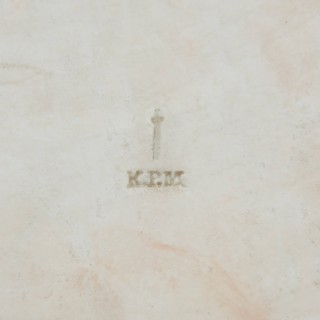 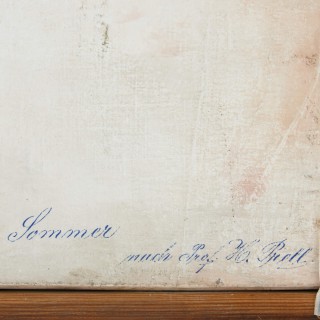 A Monumental K.P.M. porcelain painted of Summer after Hermann Prell

This superb and extraordinarily large piece is a painted porcelain KPM plaque from Berlin, after a lost original mural by the German artist Hermann Prell, dating to the end of the nineteenth century.

One of a set of three works, it depicts the Norse god of Summer, in full radiant military glory, leading the Valkyries in a charge against the giants of Winter. An allegorical painting of the seasons, it draws heavily from familiar characters and elements of Norse mythology, particularly inspired by the medieval text, The Edda. Hermann Prell, the original artist, was personally commissioned to design the murals for the throne room of the German Embassy in Rome in the Palazzo Caffarelli by Kaiser Wilhelm II (1859-1941) himself. Prell was an extraordinarily sought after artists for large murals such as these, around the turn of the twentieth century.

In 1918 at the end of the First World War, the murals were returned to Berlin and the throne room in the embassy was destroyed soon after. Once returned to Berlin, the murals were kept in the cellars of the Foreign Ministry on Wilhelmstrasse but no permanent home was ever found for them and they were destroyed in 1945, the same year maybe of Prell’s other works perished in the bombing of Dresden. Thus, beautifully painted and superbly executed, this vibrant and magnificent work is crucial piece of evidence of a lost masterpiece, and a unique work of art in its own right.

A Monumental K.P.M. porcelain painted of Summer after Hermann Prell