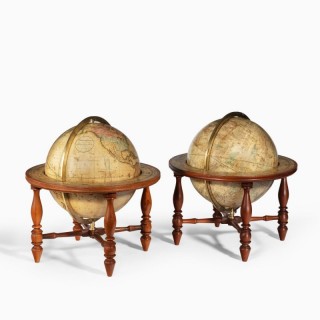 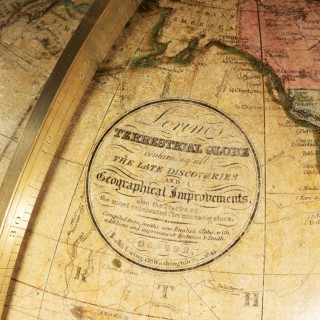 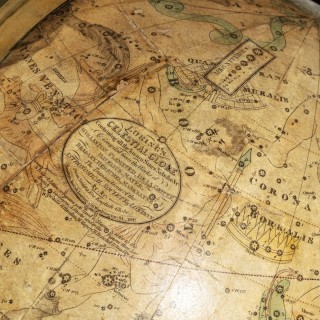 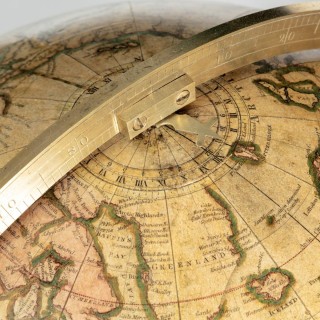 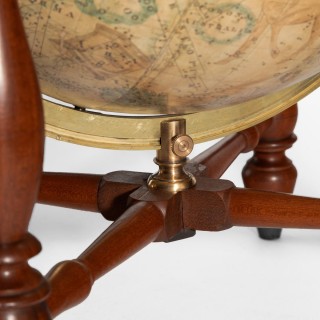 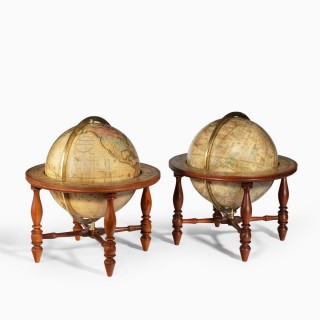 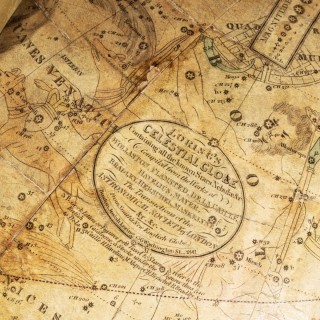 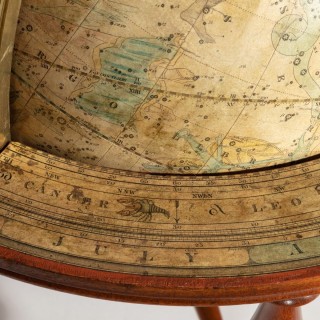 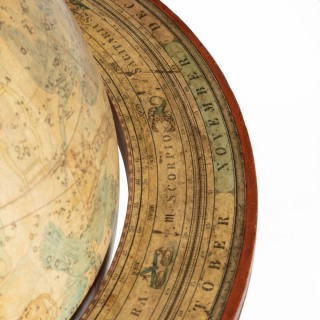 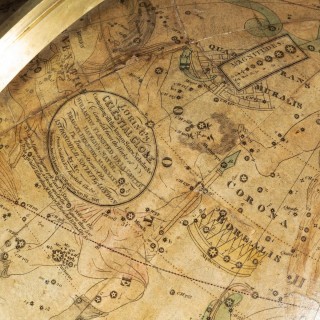 A pair of 12 inch table globes by Josiah Loring dated 1844 and 1841, each set into a fruit wood stand with four baluster turned legs and stretchers, the terrestrial globe with a label reading ‘Loring’s Terrestrial Globe containing all the late discoveries and geographical Improvements, also the tracks of the most celebrated circumnavigators, compiled from Smiths’ New English Globe, with additions and improvements by Annin & South, Boston, Josiah Loring, 136 Washington Street, 1844’ and the celestial globe with a similar label relating to Smith’s New English Globes and dated 1841. Footnote: Josiah Loring (1775-c.1840) began selling globes in 1832. Many of his early globes were imported from the British globemaker C. Smith & Sons or, like these, were re-engraved copies of Smith & Sons globes. Nevertheless, Loring advertised that his globes were superior to British globes of the period. In 1837, Gilman Joslin went to work for Loring and took over the business in 1839. Joslin continued for a time to sell some globes under the Loring name.