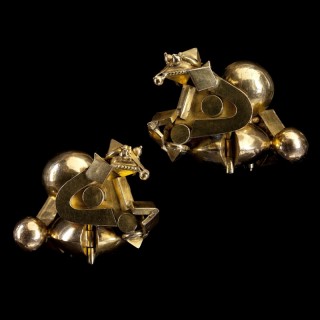 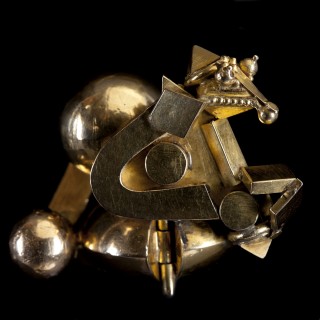 The semi-circles represent the extended hood on the head of the cobra while the circles within them are the footprints of Krishna who, when under attack, danced on the head of the poisonous Naga, Kaliya. She surrendered with the promise not to attack anyone in future and was allowed to go free. The large balls represent the eggs of the snake and the pyramid on its head the mani or precious jewel which protects the wearer.

Snake veneration is found in cultures across the world; the earliest images being from a site in Turkey dating back to 9000 BC. In India serpent worship is referred to as the Naga cult and is rooted in the exceptional behaviour of these creatures: the silence of their graceful movements, their strength and beauty and their appearance of immortality; a new snake appears from the skin of the old. Snake earrings are found in three areas of India and are linked to symbolism and religion as well as identity. The Pambadam are from Tamil Nadu to the South of the Continent and were given to daughters by their parents before marriage as a display of prestige and as an aid to fertility.