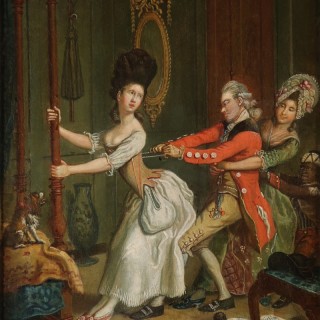 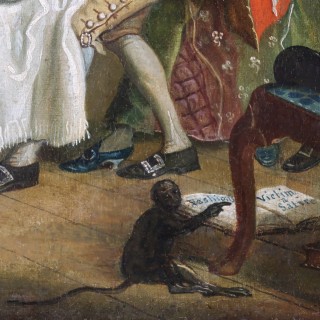 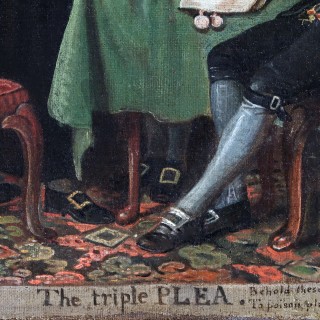 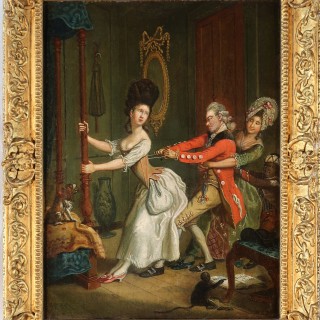 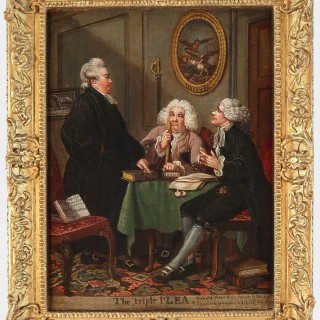 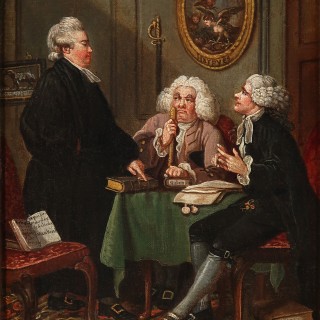 A pair of Humorous scenes

Born in London in 1725, the son of a Gentleman holding a public office.
He studied art at St. Martins Lane, in Covent Garden and under the great British landscape painter George Lambert.
His first exhibit was at the Free Society of Artists in London in 1761 and he would be a regular contributor to F.S.A exhibitions until his death.
Although he is known to have painted a few landscapes, no doubt as a result of his former master George Lambert, Collet was to concentrate on humorous subjects in the Manner of Hogarth.
Whilst his subjects may not always have the depth of social comment that Hogarth’s were, he was none the less a hugely popular painter and his work lent itself to being engraved which many of them were.
In the 18th Century this would have been very lucrative for the artist in Royalty fees.
By the 1770’s Collet had become rather interested in the Theatre and many of his subjects have theatrical references.
It seems he often uses a small animal somewhere in the painting as a representative for the viewer.

Collet had inherited a considerable fortune, living comfortably in a house in Cheyne Walk, Chelsea and was only fifty-five years old when he died on 6 August 1780.

A pair of Humorous scenes