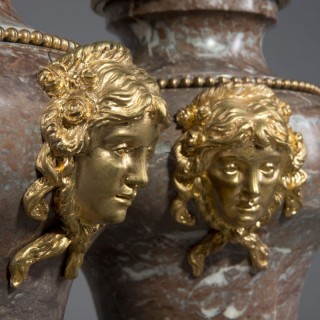 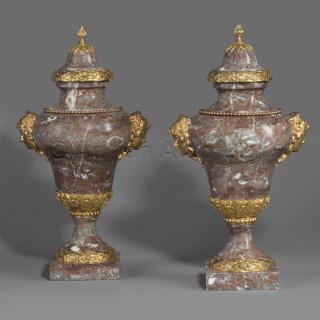 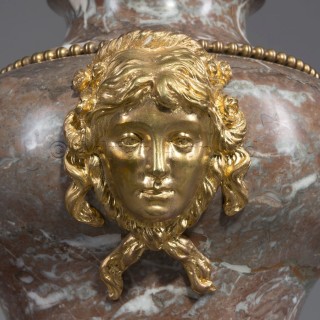 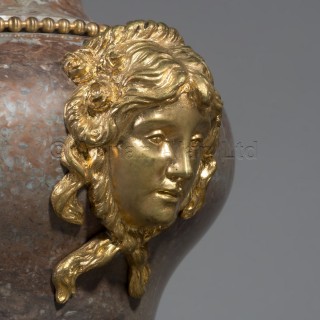 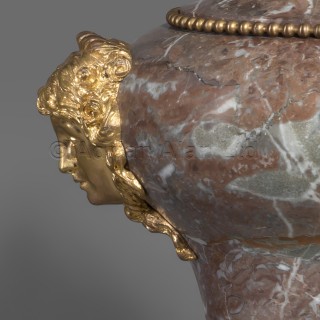 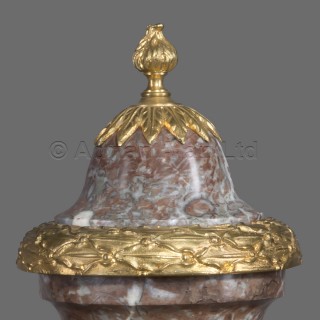 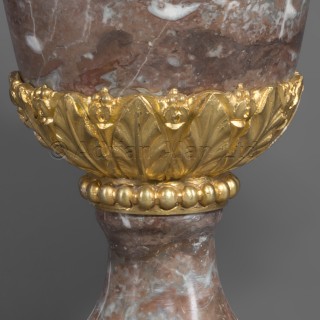 A Pair of Marble Vases In The Manner of Gouthière

A Pair of Gilt-Bronze Mounted Incarnat Turquin Marble Vases In The Manner of Pierre Gouthière.

Each vase is mounted with finely cast gilt-bronze female masks and foliate garlands.

A Pair of Marble Vases In The Manner of Gouthière