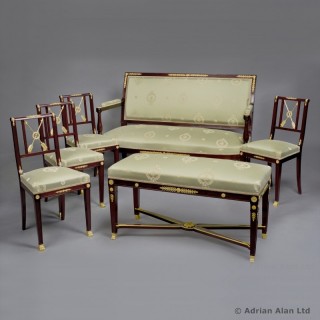 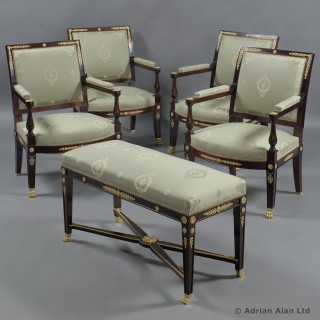 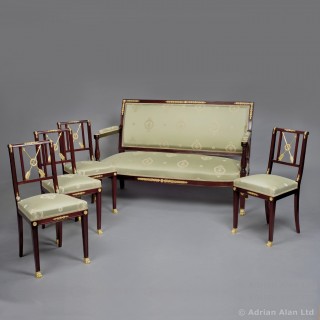 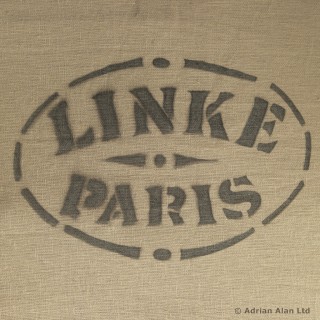 The salon suite comprises a mahogany canape a set of four mahogany side chairs with gilt-bronze crossed arrow splats and a mahogany stool.

The original tacking underneath the chairs stencilled ‘LINKE PARIS’.

The canapé has a pale green silk with gold thread, rectangular upholstered back and seat with gilt-bronze mounted tapering square section legs to the front and sabre legs to the rear, terminating in lion paw feet.

The stool has a rectangular upholstered top in pale green silk and gold thread above four tapering square section legs united by an x-shaped stretcher.

Stamped to the reverse of the bronze mounts ‘FL’.