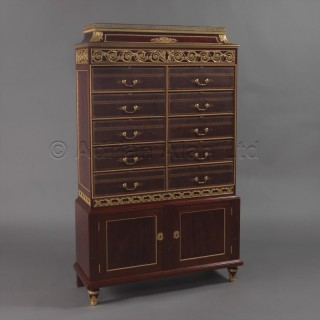 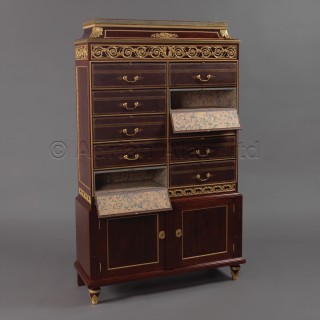 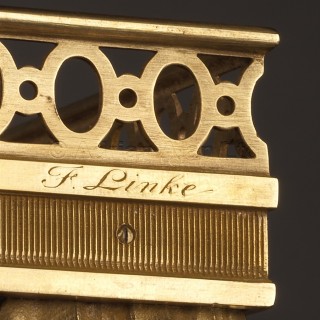 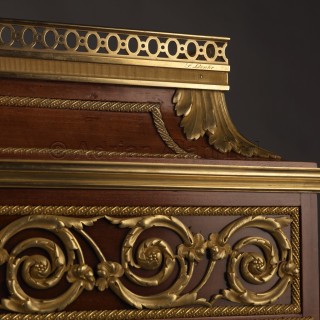 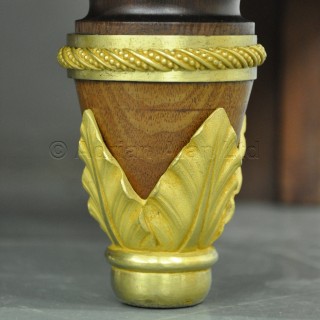 This rare folio document cabinet by Linke has a rectangular top surmounted by a pierced gallery with acanthus clasps to the corners and a frieze decorated with an exceptional gilt-bronze scrolling acanthus and laurel-wreath border. Below are two banks of folio drawers, each with drop-down peau begarée Havane leathered fronts with gilt tooling, above a further acanthus frieze and a pair of panelled cupboard doors framed by fluted pilasters,. The cabinet is raised on tapering feet with fine fronded acanthus mounts.

The leather chosen for the drawer fronts would have been exceptionally expensive at the time of making, not only due to the fine gilt tooling, but because of the complicated begarée finish to the leather using an acid wash.

The cabinet employs a highly sophisticated locking system designed and made by Clément Linke, enabling the cupboard doors and the folio drawers to be secured with the turn of a single key.