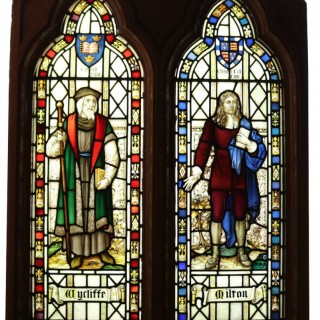 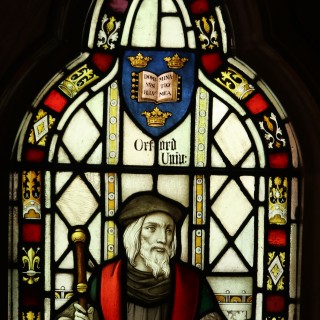 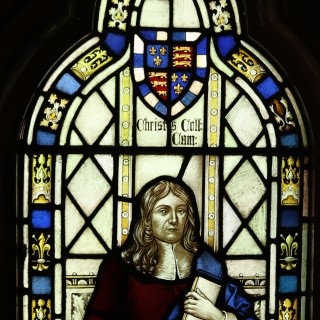 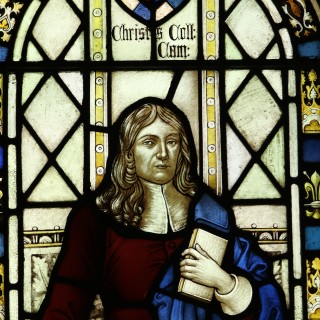 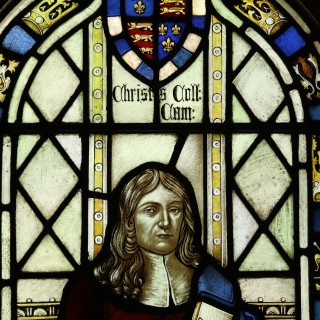 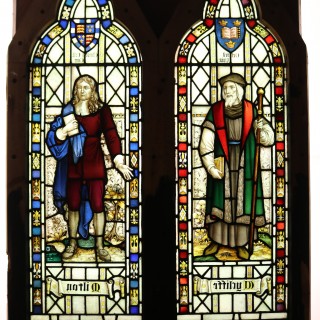 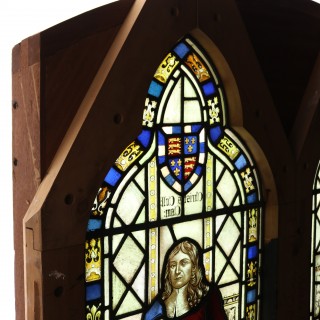 A large stained glass window housed in a hardwood frame and featuring, John Milton, an English poet and intellectual who served under Oliver Cromwell, and John Wycliffe, an English scholastic philosopher, theologian, biblical translator, reformer, priest, and a seminary professor at the University of Oxford. He became an influential dissident within the Roman Catholic priesthood during the 14th century and is considered an important predecessor to Protestantism.

Good structural condition. The frame may require repair or alteration. Wear consistent with age and use. Minor Losses, scuffs, and scratches.