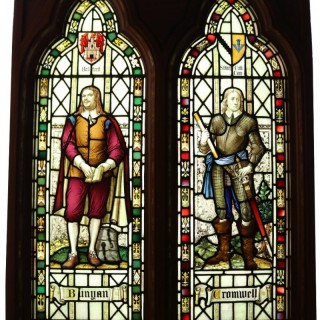 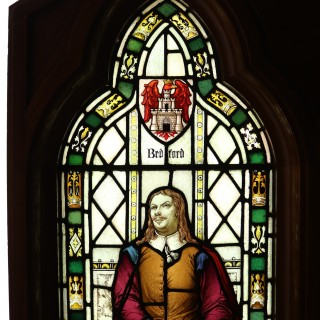 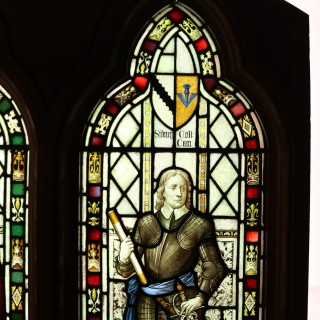 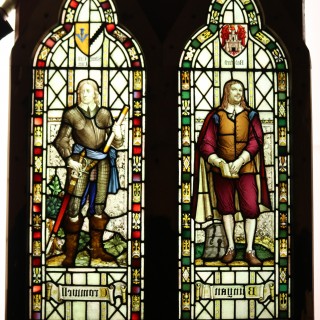 A large stained glass window depicting Oliver Cromwell, an English general and statesman who led the Parliament of England’s armies against King Charles I during the English Civil War and ruled the British Isles as Lord Protector from 1653 until his death in 1658.

Standing beside him on the other window is John Bunyan, an English writer and Puritan preacher best known as the author of the Christian allegory The Pilgrim’s Progress.

Good structural condition. The frame may require repair or alteration. Wear consistent with age and use. Minor Losses, scuffs, and scratches.