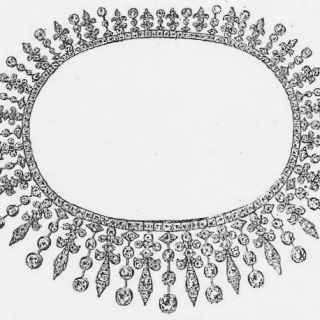 A splendid late 19th Century Diamond Fringe Necklace which also converts into a stunning Tiara. The necklace is in 14ct (stamped) Rose Gold, Silver Tipped and “Rub Over and Pave Set” with 494 “Old Cut” Diamonds, which have been independently assessed as 103 Carats, I-J & Faint Brown Colours, and VS-SI Clarity. A “Crown” mark & 14ct mark on the fastener indicates that this is plausibly of Austro-Hungarian origin.

This spectacular Necklace Tiara has European hallmarks on the clasp which indicates that this is plausibly of Austro-Hungarian Origin.

The piece bears striking resemblance to the since dismantled Collingwood Tiara Necklace, which was gifted by Queen Victoria to her Granddaughter in law H.R.H Princess Mary of Teck, later Queen Mary on her wedding day to H.R.H. Prince George later King George V (see image 6, of the original Collingwood Tiara-Necklace). There are few sketches and portraits of the Collingwood Tiara, as Queen Mary was known to have owned and loved many different Tiaras throughout her life. It was eventually reworked into what we now know as the Modern Fringe Necklace, which the British Royal Family still love to wear! 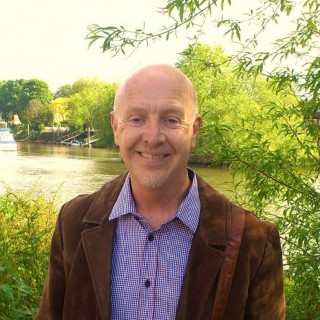