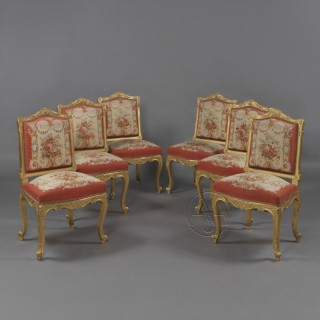 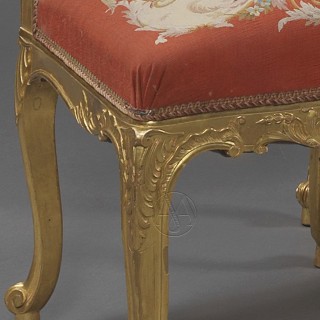 Each chair has a shell and foliate carved shaped giltwood frame with padded back and seat, upholstered in Aubusson floral tapestry with urns issuing floral sprays.