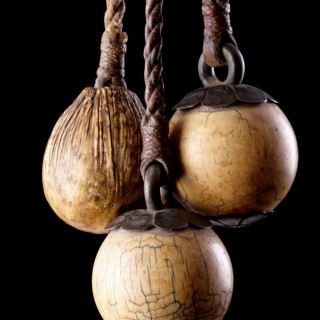 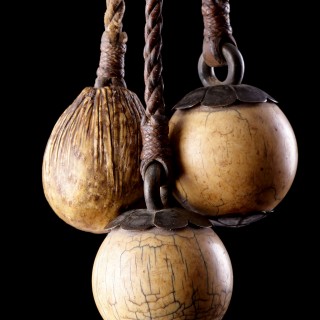 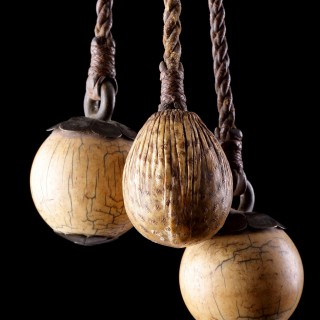 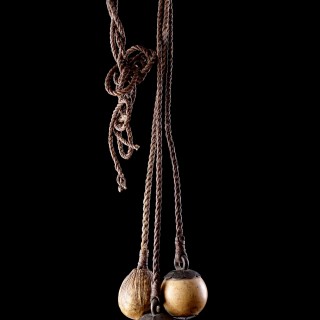 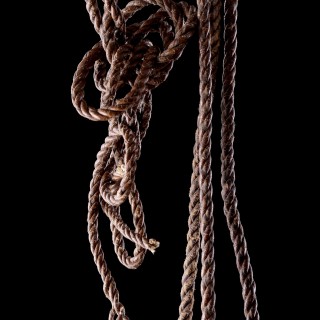 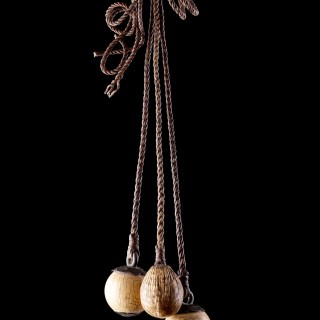 The Chilean Huasos are very skilled in the use of bolas or boleadoras. The method of throwing this effective missile is similar on both sides of the Andes. They are grasped whilst galloping after cattle, or sometimes ostrich, and when at a convenient distance the rider lets the two heaviest balls slip through, retaining the skin covered grip in his hand, and begins twirling them round his head. He then casts them from him as stone would be from a sling. A good ‘boleador’ can almost ensure his aim at the distance of one hundred yards. The bolas generally entangle the legs of the animal and causes it to fall. The Huasso then secures it with his lasso. Bolas were once used like this as weapons of war, both by the Chilean cavalry and the Indians as a destructive and deadly missile.