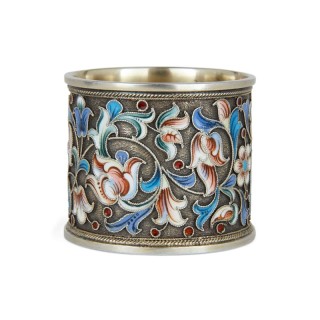 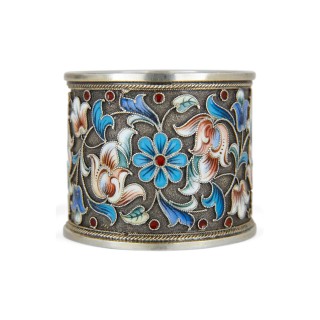 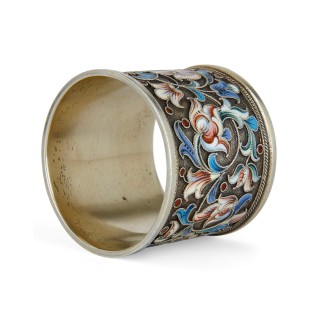 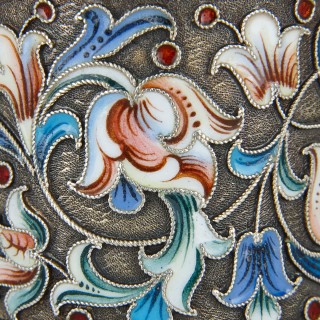 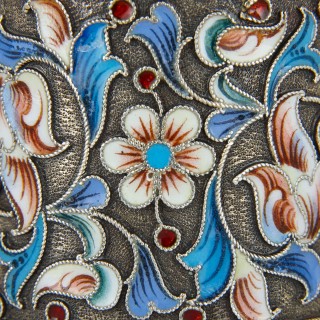 This delightful item is a Russian napkin ring, crafted from silver-gilt and cloisonné-enamel, a typical combination, and was made in Moscow around the turn of the twentieth century. Inscribed with the makers mark in Cyrillic for Gustav Klingert, a maker originally from Germany, it was made in 84 zolotnik silver. Klingert originally worked as master for Faberge before founding his own factory, and was met with acclaim and exhibited internationally. His sons continued the company until the Russian Revolution in 1917.

A small yet highly collectible and desirable item, the ring is beautifully decorated with silver-gilt and cloisonné-enamel and features elegant floral motifs in the tones of the Russian tricolour. It is demonstrative of the style and sophistication of the late Imperial period in Russia.