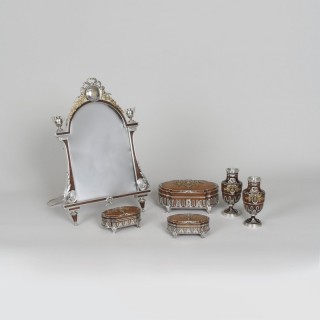 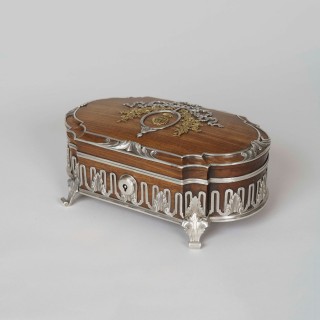 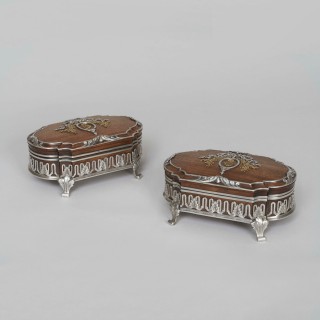 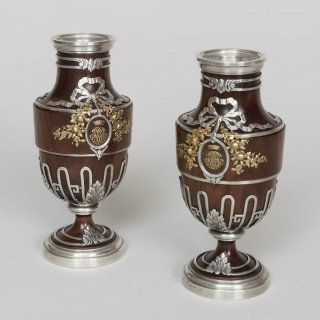 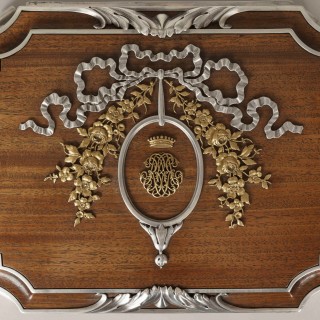 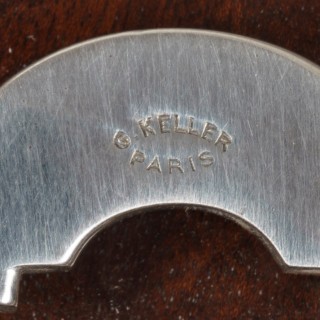 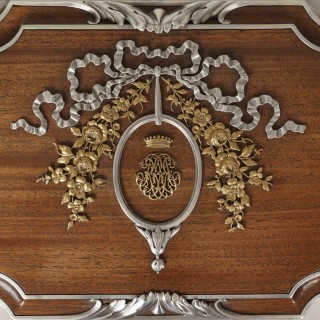 A Six-Piece Dressing Set By Gustave Keller of Paris

Constructed from fine silky gonçalo alves and solid silver, the various accoutrements including a large mirror, a pair of urn-shaped candlesticks, a pair of boxes, and a single jewellery box fitted with a Bramah lock; all executed in the finest quality with partial gilt bronze mounts and each carrying the monogram seal “R.R.” below a Viscount’s coronet. Bearing the maker’s markings “G K” in lozenge, as well as “G. Keller / Paris”.
French, circa 1900

The Keller firm was founded in 1856 by Gustave Keller, whose simple yet elegant sets and accessories were immediately appreciated for their quality. He was awarded a gold and a silver medal at the 1867 and 1878 Paris World Exhibitions. After 1878, the Keller brothers succeeded him and started producing silverware, which was rewarded at the 1889 and 1900 world fairs respectively, with a gold medal and a Grand Prix. In 1889, Lucien Falize wrote that “everything stamped Keller is good”.

Keller attracted brilliant and international customers and was appointed official supplier of several courts (Spain, Russia, Greece and Romania). The Russian Court was an important client and from 1897, the last Tsar regularly purchased artefacts from the Parisian silversmith. From the 1900s the firm was also commissioned to produce several important cups and trophies for the Principality of Monaco.

A Six-Piece Dressing Set By Gustave Keller of Paris