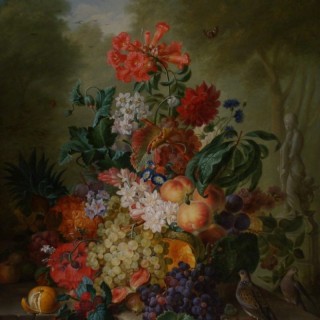 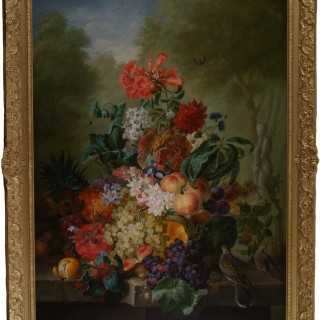 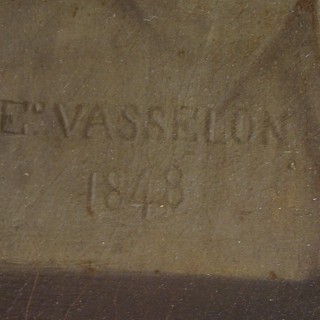 A Still Life of an abundance of Fruits and Flowers on a ledge, with Doves and a Classical Figure.

Edouard Vasselon was born in Marseille 19th April 1814, and was the eldest of the Vasselon family of French painters during the 19th and 20th century.

A flower painter and portraitist, Edouard Vasselon also created decorative arts and motifs and for the Saint-Étienne Arms Factory. Albums listing his creations and inventions of motifs are held at the Museum of Art and Industry in Saint-Étienne.

He is also said to have lived in Montmartre, behind St. Peter’s Church, on the site of the present water tower. He is mentioned as a painter, working in Paris with his son at 17 rue du Bouloi.

Gallery note: Work by this highly talented French artist rarely come to market, and this is an exceptional example of his flower paintings.